According to an estimate, the annual revenue of Rolls Royce in 2020 was 11,824 million pounds. Out of which, the net income of the company was 3169 million pounds. However, the company has employed more than 50,000 employees to manage its operations worldwide.

Rolls Royce Holdings is the world’s largest manufacturer of aircraft after General Electric. The company is operating its business in over 50 countries and has clients in more than 100 countries across the globe. The global reach has increased the influence and power of the company.

According to an estimate by Forbes, the market capitalization of Rolls Royce Holdings in 2020 was 8 billion dollars. The company ranked at the 920th position of the Global 2000 Companies in 2020. It secured the 154th position in the list of Top Multinational Performers 2017.

Rolls Royce Holdings has created a strong brand image over the years in terms of quality, design, and engineering. People perceive the brand as some type of elite and premium quality brand.

Rolls Royce Holdings is working on robotic technology to fix jets and it would bring revolutionary changes in the airline and aviation industry. It would allow the company to reduce the carbon emission rate. In fact, the company is surpassing its main competitor GE.

It would include snake robots, advanced repairing tools, inspection analysis tools, and high-tech tools. They would allow the company to identify the defective parts, and then the snake robot would sneak into the engine, and repair the damaged parts.

Rolls Royce Holdings has divided its business operation into 5 main categories; Marine & Nuclear, Power System, Defense Aerospace, and Civil Aerospace. It’s to improve the financial performance of the company so that it would better serve customers. Approximately 50% of the company’s revenue comes from the civil aerospace division.

Rolls Royce Holdings has a very risky debt-equity ratio of -0.7888 in 2020. According to an estimate, the company has long-term debts in 2020 was 44.16 billion dollars, and shareholders’ equity was -6.26 billion dollars. There’s a huge gap between debt and equity ratio, and it’s not good to attract investors.

The high negative debt-equity ratio means that Rolls Royce is investing in very risky projects. It implies that the company has a very weak risk management system and it’s not letting the company invest in the lucrative projects.

The aerospace manufacturing company should keep following the same pattern of developing alliances, partnerships, acquiring, and joint ventures with other companies. It’s very important for the company, especially under the current circumstances of high debt-equity ratio.

The world is moving towards digitalization and electrical sustainable power technology. It means the efficient usage of digital media platforms like Google, Facebook, YouTube, Amazon, Instagram, LinkedIn, TikTok, and many others, and utilizing renewable energy sources. Therefore, Rolls Royce Holdings should keep these trends in mind and launch sustainable engines.

Threats Rolls Royce has to face

Brexit deal is posing a number of impacts on Rolls Royce Holdings’ business in terms of workforce redundancies, taxes, shifting production facilities, supply chain, and many others issues. It would have a significant impact on the overall country’s economy.

The pandemic of covid-19 has proved one thing that the service-providing companies remained successful. It shows that the world’s economy is shifting toward digitalization and the service industry. It’s one of the reasons that Rolls Royce Holdings’ profitability declined to a great extent. 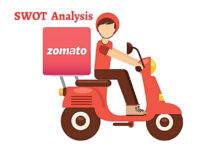