Swot analysis of UK (United Kingdom). The UK is a country situated on the northwestern coast of the European mainland continent. The country shares the border with the English Channel, the Atlantic Ocean, and the Republic of Ireland. London is the capital of the UK.

The UK comprises of four countries like Scotland, Northern Ireland, Wales, and England. Edinburgh, Belfast, Cardiff, and London are their respective capital cities of all UK’s countries. They all have their separate government and political system.

The government and administration system of the UK is a parliamentary democracy and constitutional monarchy. Queen Elizabeth II has been the reigning monarch since 1952.

Strengths of the UK

The UK is one of the founders of the United Nation and she has a permanent position at the UN’s table. She has close relationships with the USA, the economic and tech superpower of the world.

The UK is also a member of some of the following world’s top organizations like World Trade Organization, Commonwealth of Nation, Interpol, Council of Europe, Organization for Economic Co-operation and Development, NATO, G20, and G7.

The UK’s economy is very strong with an annual GDP of 2.979 trillion dollars in 2020. She attracts a plethora of FDI (foreign direct investment) annually. Her GDP has dropped a little due to the pandemic of covid-19.

Her economic system is a mixture of both the free market and controlled economy. Whenever the economy starts to decline, the government steps in and provides support to the businesses. For instance, the government has provided financial assistance to the declining businesses due to pandemic, lockdown, and shutdown.

The UK has a publically-funded healthcare system NHS (National Health Service). The interesting thing about NHS is that it offers free universal healthcare services to the public. That’s what differentiates the UK from other developed countries like the USA where the healthcare system is very costly.

The UK has got some of the world’s best cultural heritage sites and they attract millions of tourists every year. Some of those places are palaces, the world’s heritage sites, castles, national parks, countryside, landmarks, stone-hinge, coastlines, and quaint villages. All of these places promote the tourism industry of the UK.

The higher education system of the UK is one of the best in the world. She has produced many famous historians, laureates, scientists, inventors, and intellectuals in different fields of studies. She has got a great infrastructure like underground railways and well-established institutions for science and technology.

Some of the famous industries of the UK are manufacturing, construction, agriculture, tourism, drinks, and food. All of these things collectively attract many world’s top businesses and companies to her doors.

Weaknesses of the UK

The monthly rental cost of a very small flat is around 1000 pounds in the poor areas of London. The UK is one of the very costly places to live in. The housing, property, and mortgage market is very expensive. The first owner of the property has to pay a huge price, then it becomes easier for the later generations.

The UK is the world’s wealthiest country. The distribution of wealth is unequal among population. She has the division of North and South-side. There are more job opportunities on the southern side than anywhere across the country. The gap between rich and poor and the regional opportunities gap is increasing.

Opportunities available to the UK

The landscape, culture, and institutions attract talent from across the world. She could improve productivity by utilizing talented skilled professionals. It would also help her to meet the domestic demand and compete with the world in the international market.

According to a report by the Institute of Export and International Trade, the UK has the highest level of exports worldwide. It’s a positive point about her economy. She’s also the world’s largest exporter of service professionals.

Some of the other exports of the UK’s economy are packaged medicament, gas tribune, cars, gold, and crude petroleum.

Threats UK has to face

The world’s trade market has become very competitive in every field of life. Some of the major competitors’ countries of the UK are South Korea, Japan, Brazil, China, India, Russia, Canada, the USA, Italy, and Germany. Their growth rate puts great pressure on her economy.

It’s not only the housing and mortgage market that is expensive. The cost of running businesses is very high. They end up cutting down their expenses. The fall of private businesses means that people would lose employment opportunities. The higher unemployment rate is decreasing the purchasing power of people.

The lockdown and shutdown of businesses due to the pandemic of covid-19 has caused global economic crises. The FDI is decreasing and the unemployment rate is increasing both would cause huge problems in the future.

After a careful study of the swot analysis of UK, we have realized that the UK is indeed one of the world’s top countries. The expensive business market, declining FDI, and lack of innovative technology are some of the major issues that the UK should resolve. 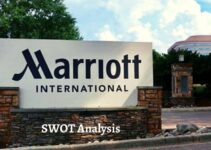 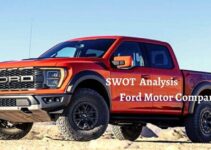