Swot analysis of airbus. Airbus SE is an aerospace European multinational company. Franz Josef Strauss, Henri Ziegler, Felix Kracht, and Roger Beteille were the founders of Airbus, and they laid the foundation of the aerospace company on December 18, 1970. The headquarters of the company are in Madrid, Spain, and Greater Toulouse, France.

Airbus is one of the world’s largest airline manufacturers and has received more orders than Boeing. The company is operating its business in Asia, Africa, Middle East, Europe, America, and all over the world. According to an estimate, Boeing and Airbus both airline manufacturing companies hold the market share of 99% dominating the aerospace industry.

Airbus has been working towards the protection and safety of the environment. In fact, the brand has launched an initiative Blue 5 which would address five main areas;

Airbus has divided its business operation into three main divisions; Helicopters, Space & Defense, and Commercial Aircrafts. However, Helicopters remain the most growing area in terms of revenue. The company has been making a remarkable performance in all of its categories whether it’s missiles, combat aircraft, low-cost carriers, or helicopters.

Airbus has a vast product portfolio. Mainly it offers military and civil aerospace products, manufacturing, and design. The company has a strong foothold of aircraft in the international airline industry. However, the production and assembly line facilities of airbus are in countries China, Canada, USA, Spain, Hamburg, France, UK, and Germany.

According to an estimate, more than 65% of the Airbus revenue comes from commercial aircraft. A380 is the world’s largest passenger aircraft. However, ATR and A320 are the company’s best-selling products in UK, Spain, Germany, and France.

Research and development are of the key areas of Airbus and the company spends billions of dollars annually on tech growth and development. However, the annual R&D budget of the brand in 2022 was 3.038 billion dollars. It shows the company’s commitment to growth, productivity, and tech development.

Airbus agreed to pay a 4 billion dollar settlement fine over the corruption and bribery charges. The continuous 4 years of the investigation concluded that the company has been bribing authorities and public officials in the US, UK, and France into buying the company’s airplanes.

The sale of Airbus’ helicopters has declined by 40% to 50% in 2020; many experts say it’s due to the pandemic crisis. But the company’s CEO said in his interview that it’s more competition than the covid crisis.

The space and defense units of Airbus are the declining areas. According to an estimate, they have declined 10% with a loss of more than 8 billion dollars in 2020.

The unmanned aerial system has become very important both for military and civil in terms of security, humanitarian mission, environmental project, or surveillance. Airbus has launched some of its model helicopters, drones, airplanes, and other equipment. But it has great growth potential; the company should invest more resources in the efficiency of UAS technology.

Airbus has the access to the world’s most sophisticated technology and professional expertise. Although the company’s profitability has declined in the space and defense segment in 2020 due to the pandemic, the company has the capabilities to compete and become the market leader in the industry.

Airbus has started working on the project “Make in India” because the Indian market has a plethora of availability of engineers, mechanics, technicians, and others professionals. It’s a great hub for the company to expand its growth in developing countries.

Threats Airbus has to face

According to an estimate, Airbus has approximately over 12,000 suppliers across the globe. They supply various parts (flying or non-flying) to the company. In fact, the company outsources 80% of its manufacturing works from 3rd party suppliers. It’s very profitable but highly risky at the same time.

Boeing is the top competitor of Airbus along with many other small competitors that are competing with the aerospace company in various categories like designing, manufacturing, and other services. It’s becoming very difficult for the company to maintain its huge market share.

Hackers made several unsuccessful attempts in 2019 to steal confidential information as trade and business secrets of Airbus. They pose a severe threat to the company’s database. The security system of the company was active during the attack and it neutralized the situation.

After an in-depth study of the swot analysis of Airbus, we’ve concluded that Airbus is indeed the world’s largest aerospace manufacturing company. Cybersecurity issues, competitors, over-reliance on suppliers, and costly lawsuits are some of the main challenges. Airbus should expand its market and tighten its security system in order to be ready for the worst-case scenario. 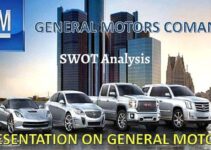