SWOT Analysis of Google. Google also goes by the name of the world’s top search engine is a US multinational tech company. The brand provides internet-based products and services like YouTube, Android, Chrome, Google +, Cardboard, Forms, Play Store, Google Map, Gmail, Google for Education, cloud computing, and much other software and hardware.

Sergey Brin and Larry Page laid the foundation of Google in 1998 when they were doing a Ph.D. at Stanford University, California. Now, it falls under the category of top 5 tech companies of the US along with Facebook, Amazon, Microsoft, and Apple.

Initially, the name of the brand was Delaware project and it remained till Oct 22, 2002. In 2015, the company decided to recognize the brand as Alphabet Inc, a conglomerate entity, and Google is one of the leading subsidiaries of Alphabet Inc.

Google is one of the few tech companies that has revolutionized the 21st century by creating a digital world. The company is continuously working on the development of the latest technology to make the world a better place. Google has transformed businesses, companies, customers’ behavior, and the world’s economies. Whatever you want to know, it’s just one click away.

When we talk about online searches, then Google is undoubted the world’s top search engine. According to a report conducted by statista.com in July 2020, the market share of Google in desktop searches is 86.86% worldwide.

Google has strong brand recognition across the world. According to the world’s most valuable brand list published by Forbes, Google stands at 2nd position after Apple iPhone.

According to another study conducted by Forbes, the brand value of google in 2019 was 207 billion US dollars.

According to an estimate, 40000 people search their queries on Google per second. It becomes approximately 3.5 billion searches per day. In other words, the daily traffic on google is approximately more than three and a half billion searches per day. It’s a huge competitive advantage that the company has over competitors like Baidu, Bing, and yahoo.

According to an estimate, the annual revenue of google in 2019 was 161.86 billion US dollars. The company generated this revenue through ads and partnerships with 3rd party websites. Google comes across with approximately 1.2 billion unique searches per month.

Whether it’s android smartphones or some other technology, google has always accepted new tech trends. It’s one of the main reasons behind the success of Google. The brand is directly competing with its main competitor Apple iPhone.

Adapting the latest technology and successfully running Google Play Store for androids is one of the main reasons that the company is alive today in 2020. It’s because of these reasons Google has billions of daily searches. Play Store helped the brand to directly compete with the Apple store.

The product portfolio of Google comprises of various products and services like Google Wifi, YouTube, OS Wear, and many more. It shows that the company has diversified its product/service portfolio and is not only relying on the Google search engine.

Many tech experts have criticized Google for relying on the privacy policy and hiding it in the algorithm. The brand is very cautious about disclosing and revealing the basic formulas and algorithms that Google uses for searches. The company has tried to address this issue by launching a new version by the name of bare bones.

Relying on the Ads

According to an estimate, approximately 83.9% of the annual income of Google comes from the ads by the end of 2019. It means that the company is heavily relying on the advertisements for its income. If the company starts losing ads, then it would badly impact the annual revenue of the company. Therefore, the brand should focus on other sources of earnings, instead of relying on the ads alone.

Some of the major advertisers boycotted Google and YouTube. like Sainsbury, Johnson & Johnson, Volkswagen, AT & T, Tesco, Verizon, Havas, L’Oreal, HSBC, Audi, RBS, Lloyd of London, BBC, Mark & Spencer, and the Guardian. It’s because Google was running their ads on the platforms comprising of hate materials. It has badly impacted the revenue stream and brand image of Google.

Google is exploiting the situation and becoming a monopolist in the search engine industry. Some competitors companies have filed a lawsuit against Google that the brand has paid Apple to make Google the default browser of iPhones.

A leading court in France fined Google approximately 56 million US dollars for the privacy breach in customers’ data. The brand had to pay a heavy amount for this breach. Such lawsuits could cost the company a lot in terms of revenue.

Google increased the YouTube TV subscription prices from 49.99 to 64.99 US dollars per month by mid of 2020. YouTube paid subscription offers only 80 channels. On the other hand, major competitors like Disney + and Netflix channels charge 5 to 15 dollars per month and they offer more channels. As a result, Google has lost approximately 2 million subscriptions after increasing the charges.

Approximately 16000 employees filed an online petition against the company that the brand shouldn’t offer G-suit to the police department by the mid of 2020. Many consumers disliked the actions of Google that the brand is colluding with the oppressors in the light of the Black Lives Matter movement.

The market for smart wearable devices like fitness bands and smartwatches is increasing in recent years. Top competitors like Samsung and Apple are earning billions from the wearable OS. According to an estimate, Google has already earned approximately 2.1 billion US dollars from its product Fitbit by the end of 2019.

Play Store in the Android OS still holds great growth potential. Even though Google is already at an invincible position in the Android OS market, more investment would strengthen the company’s market position. It would also help google to directly compete with Apple iOS.

Google has recently entered into the new developing and growing areas like google play and glasses. It would book company performance and growth.

Google is seriously invested in the cloud computing area to diversify its source of revenue. According to an estimate, 5.5% of the brand’s annual revenue came from the google cloud platforms with the worth of 8.9 billion US dollars by the end of 2019.

The recent pandemic of covid-19 has increased the trend of remote work and work from home. Competitors like Microsoft and Zoom have gathered billions of dollars from their virtual conference and video calling service. Google, on the other hand, has also added an option of video calling and conferencing in Gmail to exploit the situation and attract the market share.

Some of the developing countries hold great growth potential. Google has launched a 4G internet service by using the Balloon in Kenya and other African countries at lower rates in 2020. It’s an excellent project. Now Google should divert its focus to other developing economies that hold great potential.

Storing your data in the cloud is a great step in the field of cloud computing. Google has recently launched a new cloud-based application and offered to the companies by the name of the digital store. Now, Google is planning to combine its Orbitera commerce platform with MobileIron.Inc for security, app distribution, and other analytic purposes.

As we have discussed earlier that Google is heavily dependent on advertisement as its major source of revenue. If the brand should diversity its resources into other potentially growing areas like YouTube TV, Google Play, Cloud, and hardware. It would help the company to stabilize its source of income.

Threats Google have to face

According to a statistical study conducted by emarketer, the digital market share and revenue of Google from the ads is decreasing in the US market. It was 36.2% in 2019, 37.2% in 2018, and 38.8% in 2017. Competitors like Snapchat, Instagram, Amazon, and Facebook are attracting the market share of advertisements.

James Damore has recently published a report by the name of Google Memo. It has raised serious questions about free speech and gender bias issues in the company.

European Union has recently held Google accountable against the antitrust lawsuit and impose a fine of 5 million Euros. It’s not the first time, EU and the US lawmakers have had issues with Google over antitrust laws. It has also raised many controversies over the years.

The censorship policy of Google has caused a lot of backlashes and the company hasn’t been able to protect itself from. On the other hand, many whistleblowers are leaking information about ideological and political issues.

Facebook and Amazon are the main competitors of Google. Their market share in terms of annual revenue and growth has been increasing for the past few years. If they keep on growing like this, the brand would soon lose the entire spotlight.

The pictures of child exploitation and child abuse have increased online in recent years. Many NGO and child protection services are forcing Google to remove the encryptions; so that the authorities would be able to catch the exploiters and culprit. The company has decided to disclose the culprit information to authorities when it confirms. But the authorities want to have full access to the database of the company. If the brand provides them, then google would lose a lot of users.

Google wants to move its cloud service operation into China. But the political tension between the two governments is causing serious issues for the transition.

After a careful swot analysis of Google, we have decided that the search engine Google is undoubtedly at an invincible position in the market. Now the company should exploit its strengths to overcome threats and weaknesses. 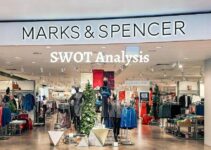