According to an estimate, the annual revenue of General Electric in 2020 was 75.619 billion dollars. Out of which, the net income of the company was 5.230 billion dollars. However, the company has employed over 205,000 employees to manage its various worldwide operations.

Unlike many other US companies, General Electric has diversified its business across the globe. According to an estimate, approximately 50% of GE’s business is outside the US. In other words, the company isn’t relying only on the US market as its major sources of revenue, instead, the company has balanced income sources.

GE has earned the reputation of the world’s most innovative and green organization. It’s because of the visionary foundation of Thomas Edison who is one of the top inventors in American history. In fact, two employees of the company, Irving Langmuir and Ivar Giaever, won the Nobel Prize.

GE is a global multination. The company is operating its business in more than 160 countries across the world. Approximately more than 205,000 employees are working worldwide. The global presence has increases the company’s influence, market share, and customer market.

A diversified product portfolio is also one of the key strengths of General Electric. The brand offers a variety of products ranging from software, oil, lighting, healthcare, gas, finance, energy, motors, and consumer electronics to aviation. Such a vast portfolio attracts and targets various types of customers in the market.

According to an estimate by Interbrand, the brand value of General Electric in 2020 was 17,961 million dollars and it ranked at the 29th position of the Best Global Brands 2020. However, the market capitalization of the company was 118.07 billion dollars in 2020 according to the Forbes ranking.

GE has a long and costly history with litigations. For instance, the company agreed to pay 23.4 million over the bribery charges in 2010. Although most of the lawsuits filed against the company get dismissed, the high brand name and value attract a lot of litigations. Some of the main lawsuits against GE, check out here.

GE is highly dependent on the 3rd party suppliers for the delivery of raw material. Although the company has developed good relations with suppliers, the conflict of interest could jeopardize the company’s production rate. Therefore, the company should have a contingency plan in order.

The developing markets have a huge scope for infrastructure development. It presents a great opportunity for GE to grow its market there. Since the brand is already operating its business in 160 countries. The company should now further expand its base in those markets and grow along with them.

GE has won many awards over the years. The company has recently secured the renewable wind farm contract along with Sembcorp Marine in the UK. Such mega contracts aren’t only strengthening the company’s position, but they also increase its influence in the international markets.

The demand for commercial airlines has been increasing for the past few. The lockdown and air travel ban due to the covid-19 have stopped its growth to some extent. Hopefully, things would be normalized by 2022. When they do, the aviation department of GE should be ready to exploit the opportunity in the commercial airline industry.

General Electric has made many deals and acquisitions over the years. The deal with Saudi Arabia in 2017, merger with Baker Hughes, investment in Karnataka in 2012, and acquisition of Smith Aerospace in 2007 are some of the tops of the list. GE should keep on following the same pattern of merging and acquisition; it would help the company to expand its market.

Threats General Electric has to face

The pandemic of covid-19, lockdown, the shutdown of businesses, travel ban, forced masking, and passport vaccination, and many other factors have created the global economic recession. The increasing unemployment rate, economic uncertainty, and lower purchasing power pose a severe threat to the business. In fact, the annual revenue of the company dropped significantly during the pandemic year in 2020.

Many employees of GE have claimed that their personal information has been exposed on the company’s server in 2020. In fact, the company admitted the fact some third party gained access to the company’s database. The hackers accessed the sensitive information of the users. Such hacking incidents have made people to distrust the company’s security system.

GE has a long history of being involved in air pollution and water. Whether it’s the Fukushima crisis in the 2011, 2003 incident when the company didn’t take adequate safety measures, or the company paid 250 million dollars in 1999 on polluting the Houston River. People and the governments are laying down strict environmental regulations. They could cost the company a lot more.

After an in-depth study of the swot analysis of General Electric, we’ve concluded that General Electric is indeed the world’s leading conglomerate company. increasing pollution, economic recession, risky supply chain, and IT security issues are some of the main challenges. General Electric should expand its market and lower the pollution level to address these issues. 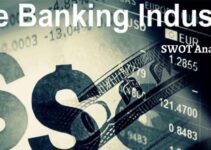 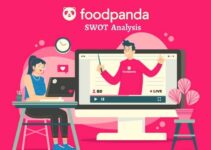