Swot Analysis of AirAsia Berhad. AirAsia is a low-cost multinational Malaysian airline. DRB-HICOM, a government conglomerate laid the foundation of AirAsia in 1993 and it became operational on Nov 18, 1996. Kamarudin Meranun and Tony Fernandes bought the airline on Sep 08, 2001. The headquarter of the company is in Kuala Lumpur International Airport, Sepang, Selangor, Malaysia.

AirAsia’s main products and services are KL Syariah Index of Bursa Malaysia, low price Santan meal, and duty-free merchandise, drinks, food, and other menus if you buy on board. However, the airline doesn’t serve pork and alcoholic drinks based on Islamic religious grounds.

AirAsia uses various media platforms for the marketing and promotion of its products and services. Sponsorship is also one of the great marketing tools. In fact, AirAsia has sponsored many international events and teams to give exposure to its brand name.

According to a report by The New York Times in 2007, it described AirAsia is the low-cost pioneer in the airline industry. The airline offers 0.023 dollars per seat kilometer fare to its customers, and it is the world’s lowest airline fare. However, the low-cost pricing strategy has allowed the company to target price-conscious customers in the Asian market.

AirAsia has won many awards over the years. Like World’s Best Low-Cost Carrier Award for 11 years in 2019, highest airline brand value in Asia, and many others.

AirAsia is an experienced brand in the airline industry. But the company is only operating its business only in 25 countries. It seems as the destination and customer market share of AirAsia is only limited to the Asian countries. The company is over depending on the Asian market as its main source of earning and it’s a very risky business strategy.

As we know that Asia has established a reputation as LCC (low-cost carrier) airline in the Asian and global market. It would be a strong competitive edge to AirAsia after the pandemic of covid-19 because the purchasing power of the people has dropped significantly. The airline brand should exploit these circumstances.

Threats AirAsia has to face

Other LCCs in the Market

Air India, Emirates, and many other Asian airlines have also started following the low-cost carrier strategy to attract market share. This LLC trend has saturated the customer market, and it has declined the overall profitability of AirAsia.

After an in-depth study of the swot analysis of AirAsia, we’ve concluded that AirAsia is indeed the world’s leading low-cost airline. The increasing cost, competitors, and limited international destinations are some of the main challenges. AirAsia should expand into more countries, increase the market, and target new customers. 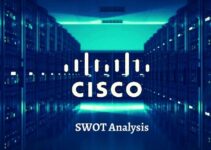 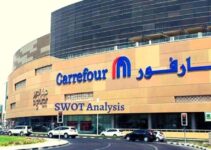