Swot analysis of 3M. The 3M Company is a conglomerate US multinational company. Hermon W. Cable, John Dwan, William A. McGonagle, Henry S Bryan, and Dr. J. Danley Budd were the founders of 3M, and they laid the foundation of the company on June 13, 1902, under the name of Minnesota Mining and Manufacturing Company. The headquarter of the company is in Maplewood, Minnesota, USA.

3M is a socially and environmentally responsible organization. In fact, the company has adopted the pollution prevention project back in 1975 under the name of 3P (Pollution Prevention Pays). However, the brand has decreased its pollution level up to 72% in the early 2000s.

The company won the US Environmental Protection Agency’s Energy Star Award in 2012. It shows the company’s commitment to the society and environment. It’s also a great marketing logo of the company to attract the environmentally-conscious customers market.

Many retailers and distributors have brought 3M’s products and services to more than 200 countries across the world through their various distribution channels. It shows the global reach of the company’s products.

The pandemic crisis brought a lot of havoc to business and companies across the world. 3M is one of the few companies that have survived the pandemic, lockdown, and shutdown of businesses. In fact, the company’s net income and annual revenue have increased by 17.81% and 0.15%. It shows the strong financial position of the company to launch various projects.

According to an estimate, 3M is operating in business in more than 65 countries worldwide under the same brand. It shows the strong brand name and brand recognition if it’s selling its products in over 65 countries.

One of the reasons 3M has maintained its income and profitability is because of its diverse product portfolio. The company’s product portfolio comprises over 55000 products and services. It’s also important to know that the company sells its products under many brand names.

According to an estimate by Interbrand, the brand value of 3M in 2020 was 10505 million dollars, and it has increased by 8%. The company ranked 69th position of the Best Global Brand of 2022.

The global brand image seems good, but it comes at a heavy price and responsibility. A small mistake or wrong decision could jeopardize your decades of hard work. The difficult part for 3M is to maintain its position in the international market.

It’s no doubt N95 masks of 3M are very effective to avoid the spread of viral diseases. As soon as the doctors and WHO prescribed the N95 masks, their supply became short in the market. The government jumped in and enforced the company to stop importing it to Canada and other countries. The shortage of masks caused a lot of panic among the public.

3M should consider expanding and diversifying its business portfolio by adding more businesses since the company has a strong financial position. It would help the company to increase its market, growth, and influence in the global market.

As we know automobile industry is the world’s highly profitable industry. Its market has been growing after the pandemic and economic recession. However, 3M should enter the automotive industry and amplify its investments.

3M has bought many brands over the years. Like Meguiar’s, Softmed System, Archon Technologies, Ceradyne, MModal, Scott Safety, Acelity, and many others. They have helped to increase the company’s product portfolio and customer market share. The brand should keep acquiring businesses and companies and growing.

Threats 3M has to face

Risks outside the US

Globalization has a lot of advantages for multinational companies. But it also comes with a lot of risk factors like trade regulations, taxes, exchange rate, political conflicts, and so on. As 3M is expanding its business globally. The company should be ready to face such challenges.

It’s no doubt 3M has taken a lot of CSR initiatives over the years and won many awards. Even then the company has to pay 859 million dollars. It shows the sensitivity and fragility of the circumstances which has become very important to the public and governments worldwide.

After a careful study of the swot analysis of 3M, we’ve concluded that 3M is indeed the world’s leading conglomerate company. Competitors, litigation costs, shortages, and regulations are some of the main challenges. 3M should utilize its resources to expand its product and business portfolio and keep in mind the regulations while making any decisions. 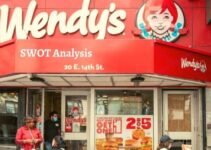 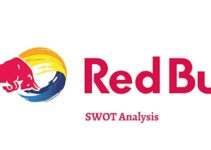