Swot analysis of Japan. Japan is an East Asian Island country situated in the northwest of the Pacific Ocean. She shares the borders with Taiwan and the East China Sea in the south and north. The capital of Japan is Tokyo.

Japan has a very long history that dates back to 30,000 BC. The proper reunification of the country happened in 1603 and she followed trade isolation policy for the next 214 years. The Empire of Japan came into power in 1868 and it brought modernization, industrialization, and a western-style constitution. She invaded China and entered WWII in 1937 and 1941, and surrendered in 1945.

Japan is a very safe and secure country in terms of crime rate if you compare it with other developed countries like the USA. According to an estimate, Japan has a crime rate 4 times less than the US. Her violent crime rate is approximately 148 times lower than other advanced countries. The reason she has a lower crime rate is because of her strong social and ethical values.

Japanese people play active and responsible roles in their public life. Their culture requires them to set goals and objectives, and then achieve them. Collectively they contribute to the country’s economy. Her social setup discourages NEETs (Not in Education, Employment, and Training) people.

Japanese people are very hardworking and skill-oriented people. They work consistently to produce quality results whatever job they’re doing. It’s because of these characteristics, the country has become one of the world’s most powerful economies.

Some of the world’s most successful and well-reputed automotive manufacturing companies are from Japan. Like Toyota, Subaru, and Honda. They’re selling their products across the world and making name for the country.

It’s not just the automotive industry. Japan is very efficient in other fields as well. Like wireless communication, robotics, and gaming are some of the prominent industries. The wifi internet connection is available in almost all her major cities.

Japan has one of the world’s best education systems. It develops leadership skills even at very early school age. For instance, everyone in the class votes to select the class president and vice president. They all work together to organize school trips, host events and clean their classroom. It also provides an opportunity to perform in extracurricular activities like learning a foreign language or musical instruments.

Japan has also given the world very powerful management practices that businesses and companies could use to become efficient and perform better. Kodawari and 5 Ss of Japanese efficiency are some of the top practices.

The total population of Japan may not seem high, but when you compare it with the total size and area of the country. It’s a highly populated country. Most of the island has a suitable environment for inhabitants. But people prefer to live in the cities like Tokyo. It makes the rent prices of the houses very high.

Japanese island often faces some of the worst environmental disasters like tsunamis, earthquakes, typhoons, volcano eruptions, and floods. Once they hit the country, her growth and productivity go back to normal.

Japan is also facing the serious issue of a lower birth rate. Many people get married, but they don’t produce and raise children. Her economy needs a workforce to perform the country’s various roles. The lower birth rate impacts the growth rate of businesses, investment, and the country’s economy. She’s very well aware of the problem, but she has made a little improvement since then.

Some of the world’s oldest aged people live in Japan. Kane Tana, the world’s oldest person, she’s 118 years old. When you combine with the country’s lower birth rate, then you’ll see the whole picture. Many people are retiring from the working life and entering into the retired life without having the proper work backup.

Technology and e-commerce are the world’s fastest-growing businesses. Japan should develop an entrepreneurial mindset among people that they won’t have to own the physical product. They can do the business without owning it. It would promote the country’s tech and business industry and add a plethora of revenue.

Japanese people usually have a lot of disposable income after paying off all of their basic expenses. Her economy has great room for the growth of luxury products and services. If she promotes the luxury fashion industry, it would generate trillions of dollars.

Japan has got many resources and products that it could offer to the world’s market. She’s already exporting vehicles, cosmetics, and electronics. The country also has the world’s fastest bullet train infrastructure across the country. It covers a distance of 375 miles per hour. She could offer the service of the bullet train to the other countries as well.

Threats Japan has to face

The annual revenue and per capita income of Japan have dropped significantly due to the pandemic of covid-19. Her economy depends on the growth of local businesses and they make a major contribution to her economy. When their sale dropped in other countries, it declined their revenue and net income. It impacted her economy.

Japan has a very high tax rate on the trade of products/services. The big multinational companies could manage to pay high taxes. Small businesses can’t afford to pay high taxes in the beginning. The country should revisit its tax policy.

Many Japanese companies are operating their businesses globally. But it’s not easy for foreign businesses to operate in Japan because of her strict regulations. Even it’s also difficult for the home countries to go global.

After a careful study of the swot analysis of Japan, we have concluded that Japan is indeed the world’s leading industrial economy in terms of growth and productivity. Lower birth rates and increasing aged population are some of the serious threats to the country. Japan should address these issues. 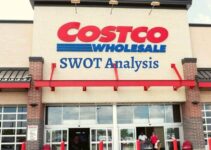 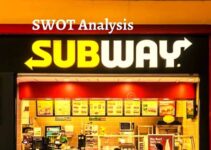