Swot analysis of IBM. IBM (International Business Machine Corporation) is a US tech multinational company. Charles Ranlett Flint was the founder of IBM, and he laid the foundation of the company on June 16, 1911. It started under the name of “Computing-Tabulating-Recording-Company” and later it became IBM. The headquarter of the company is in Armonk, New York, USA.

According to an estimate, IBM has more than 70 foreign branches and many subsidiaries. In short, the tech company has merged with and acquired many companies globally. However, the brand sells its products like power supply and CPU to others company and they play a significant role in the production of their final product.

IBM has created an environment and culture of learning and growing, where seniors train the juniors and the sales personals so that they could better explain the features of the product to the customers. The brand has established a very strong distribution network worldwide.

According to an estimate, IBM has spent approximately 6.33 billion dollars on research and development. The reason for investing billions of dollars, it’s because that the company is familiar with the dynamic and nature of the tech industry.

Research and development help the company to keep its products/services up to date according to the latest market tech trends.

IBM follows a very simple business model of creating a balance among the company’s growth, shareholders’ interest, and customers’ stake. Therefore, the company adds value to customers’ lives by providing them the innovative solution. IBM still sticks to this rule.

According to an estimate by Interbrand, the brand value of IBM is 34,885 million dollars, and it has declined by 14%. It ranked at the 14th position of the Best Global Brands 2020. However, IBM ranks at the 11th position of Just Companies 2021, and it was at the 24th position of World’s Most Valuable Brand in 2020 according to Forbes.

IBM falls under the category of the world’s oldest tech and computing brand. Many companies compete with it and sometimes they lose their market share to the company. Most importantly, people recognize the brand name of IBM all over the world.

According to an estimate, IBM is operating its business in more than 177 countries across the globe. Approximately 345,900 people are working for the company.

The net worth of IBM’s total asset in 2020 was 155.97 billion dollars, it has slightly improved. But the annual revenue and net income of the company have declined to a great extent. It means a lower current liquid asset. The lower liquid assets limit the company’s ability to launch new projects.

As you’re aware the tech industry has become very competitive in recent years. It’s no doubt IBM is investing billions of dollars in the research of innovation technology, but the company couldn’t differentiate its brand name in terms of innovative technology. The growth and development of the IT industry are giving the company a tough time.

Lawsuits are very common among tech companies, and IBM is no exception. In fact, the company has faced many lawsuits over the years. For instance, Iusacell and Bridgestone America have recently filed a lawsuit against the company over some matter. If the situation prolongs, it would jeopardize the company’s credibility.

IBM is facing a severe issue of declining brand popularity. According to an estimate, the brand value ranking of the tech brand has dropped from 40th to 43rd this year along with the market share. It shows that the company is losing the interest of the customers’ market.

Tech companies get a very limited time margin to exploit the trend. However, the biggest challenge companies like IBM face is to understand the behavior of the customers’ market. If you understand it at the right time, the next thing you have to do is to align your decisions accordingly in order to increase your market share and profitability.

IBM invests a lot of resources to find out the market trends, customers’ preferences, and buying habits of people. It helps the company to develop the right products according to the needs and wishes of customers.

The Tech industry is the world’s fastest evolving industry. It presents great opportunities to many companies. Now, IBM just has to choose one niche and work on its product development, it would lift the brand.

IBM should now work on its weaknesses and convert them into opportunities and strengths. For instance, the company could offer an innovative solution to the other tech and IT companies.

IBM has acquired and merged with foreign and local brands over the years, and it helped the company to expand its market share. Therefore, the computing brand should keep developing partnerships and making acquisitions, since it has proven successful before and it would do so again.

Threats IBM has to face

Tech and IPR laws and regulations of various governments are different, and they make the company change its functionality and operations accordingly. Therefore, IBM should be aware of it because they could impose restrictions and limitations on the company.

IBM is running its business in more than 177 countries worldwide. The volatile currency and exchange rate impacts the labor cost, raw material, and other running costs. The global market with so many differences makes everything complicated.

The pandemic of covid-19, worldwide lockdown, the shutdown of businesses, increasing unemployment, and lower purchasing are some of the issues that the global market is suffering from. It has greatly impacted the sale and revenue stream of IBM.

Dell, Microsoft, HP, Amazon, Apple, Lenovo, Google, Samsung, Huawei, and others are some of the top competitors of IBM. The computing company is competing with them in different categories like software, operating system, equipment, modem, supplies, computers, and many others. All of these brands have a global tech reputation and their market presence poses severe competition to the company.

After an in-depth study of the swot analysis of IBM, we’ve concluded that IBM is indeed the world’s leading tech company. The growing competition, tech trends, lawsuits, and lower brand value are some of the main challenges. IBM should utilize its brand name and resources to expand its service portfolio and be aware of the regulations. 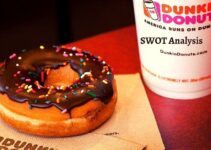 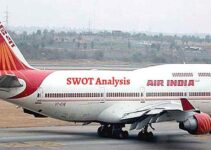