SWOT Analysis of Microsoft. Microsoft is a US tech multinational corporation. Bill Gates and Paul Allen are the founders of the company and they established it on April 04, 1975. Personal computers, licenses, consumer electronics, software, MS Office, application for android and iPhones, and support are some of the main products and services of the company.

According to the ranking of Fortune 500, Microsoft ranked in the 21st position in the US by the end of 2020. Microsoft became the world’s leading software developing company in 2016, and it also falls under the category of the world’s big five tech companies. The brand has dominated the software industry for the past 40 years.

The market share of Microsoft reached the trillion dollars in 2019 and the company became the third trillionaire US company after Apple and Amazon. That’s how Google, Oracle Netsuite, Oracle, SAP, HP, Sony, Salesforce, and SAS are some of the main competitors of Microsoft.

Whether we talk about annual revenue, market share, market capital, or net profit, Microsoft has the status of the world’s top leading tech brand. The company has acquired this status through consistency and growth over the years.

Whether we talk about cloud computing or software development, Microsoft is the world’s top and largest windows OS and software developing tech company. The brand has played a significant role in reshaping our world that we’re living in today. It won’t be wrong if I say that the world would be a completely different place without Microsoft.

Microsoft has dominated the software applications and windows operating system industry with a market share of 17% by the end of 2020. It has an annual growth of 34% in the world’s market. In 2018, the brand ranked in the 4th position by having a market value of 750.6 billion US dollars.

Microsoft is providing its products and services in roundabout 200 countries across the world. The latest and final of Microsoft (Windows 10) installed approximately more than 1 billion people on their personal computers by the end of 2020.

If we study the revenue graph of Microsoft over the years, then we see consistency in growth. Even since the company came into existence, it’s been growing gradually. In 2019, Microsoft achieved the figure of 1 trillion dollars and became the 3rd US trillionaires company after Apple and Amazon.

Microsoft didn’t limit itself to the Windows operating systems and software development. The company has kept on expanding its product/service portfolio over the years according to the needs and requirements of customers. Windows 10, Microsoft 365, and MS Office 365 are some of the latest products of the company. They’ve made a business of multi-billion dollars in the past few years.

According to research conducted by thexyz.com and office365itpros.com, MS Office 365 has approximately more than 200 million active users. When billions of people are using the service of the company, it shows the loyalty of the company’s users.

Microsoft has always used the most advanced and sophisticated advertising campaigns that influence people across the globe. They motivate them and show them a glimpse of the future what how the new upcoming product would look like.

Most of the products/services of Microsoft are highly tech-oriented. But they’re user friendly, even an ordinary non-tech can use it efficiently. It’s because of these reasons, the brand has earned the trust of billions of people worldwide.

Microsoft has established a relationship with almost all the tech hardware manufacturing companies like Samsung, Dell, Lenovo, Nokia, Toshiba, etc. The purpose is to install a built-in operating system before launching it to the market.

Microsoft has made a very successful acquisition of Skype in 2011 and LinkedIn in 2016 for 8.5 and 26.2 billion US dollars respectively. Both of these platforms have millions of users worldwide. It makes the market position of the brand more successful.

Distribution Issues in the PC Market

The shipment and distribution of Microsoft PCs have to face many challenges. Like the increasing prices of shipment, vendor’s rates, damaged products through distribution, and fluctuating exchange rates of different currencies. The company is in a very vulnerable position in this area.

It seems that it has become very easy for hackers to cross the firewall and windows security system. That’s why tech critics say that the windows operating system is very weak in terms of security.

It is no doubt that Microsoft has brought many innovative and revolutionary products over years. But the company is lacking innovations in the hardware manufacturing side. While the other competitive companies like Google, Amazon, and Apple are updating and introducing new products into the market.

Competitors’ browsers like Google Chrome, Firefox, and Safari are gaining great popularity among the public. That’s why Microsoft decided to farewell to its product internet explorer by then end of 2020, IE 11 is the final version of its category.

Some of the multimillion dollars acquisitions of Microsoft turned out to be a great failure and they cost the company a lot. Like Danger, WebTv, Massiv, and LinkExchange.

Check out this article: SWOT Analysis of Microsoft Inc

If we look at the trends of growing businesses, then cloud-based service has made a lot of growth in the past few years. It seems that it would continue to grow in the upcoming years as well. Therefore, Microsoft should change its focus into the cloud service.

Artificial intelligence has attracted the attention of top tech companies and they’re making great progress in it. Microsoft has a remarkable opportunity to invest and innovate in this area. If the company pulls something off extraordinary, then it would a huge competitive advantage for the company.

Acquisition and partnerships are also a great option for the company. Microsoft has a position of being a market leader in the software and OS industry. There are many new startups and developing company and they have got great growth potential. If the company acquires and makes partnerships with them, it would help the brand to increase the market capital and make the future more secure.

The smartphone industry is one of the world’s fastest-growing businesses of our time. Investment in this area would pay off a lot in a very short time.

The reason hackers use illegal windows is that they can’t afford the prices of the windows operating systems. If Microsoft offers its products/services at lower prices, it would not only increase the revenue. But it would also attract a lot of new customers.

The way sale and usage of smartphones increasing, it means more people would be online on their smartphones. Mobile advertising is a growing business; Microsoft should also consider entering into this area through its iOS.

Threats Microsoft has to face

According to statistics of workforce diversity in 2018 that Microsoft has an imbalance workforce and not diverse. The brand doesn’t have more females and minorities in the workforce. It has attracted the attention of critics and they fiercely question the HR policies of the company.

Microsoft has put some features in its Xbox Live game that the users can’t create a gay profile and use gay tags. The developers of the game said it’s offensive to many other users. It has also attracted a lot of criticism on the brand.

The competitors of Microsoft like Google and Apple are very strong and they have a great market share. If the company doesn’t pace up with the innovation in technology, some of the other new brands would take its place.

Smartphones, laptops, notepads, and tablets have attracted a great market share in recent years. People are losing interest in the PCs and windows OS and it poses a great threat to the company.

There are many open-source projects like Open Source Office and Linux OS that have penetrated the market. They’re offering the same services for free what Microsoft is charging for. It presents a great threat to the products/services of Microsoft.

After an in-depth swot analysis of Microsoft, we have realized that the company has a very strong market position in terms of market share and net profit. The brand must take some radical steps to avoid cyber attacks. Innovation is the lifeblood in the tech industry and the company should also consider making strategic alliances and partnerships with other tech companies. 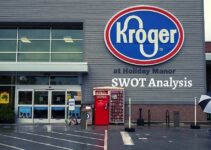