Swot analysis of Spotify. Spotify is a media service and audio streaming Swedish multinational company. Martin Lorentzon and Daniel EK are the founders of Spotify, and they laid the foundation of the company on April 23, 2006. The headquarter of the company is in Stockholm, Sweden.

Spotify is operating its business in Asia, Africa, Europe, America, and approximately in more than 178 countries across the globe. Its services are available on Google Home, Amazon Echo, Android smartphones, iOS, Linux computers, macOS, and Windows.

According to an estimate, the annual revenue of Spotify in 2020 was 7.88 billion Euros. Out of which, the net income of the music streaming platform was -581 million Euros. However, the company has employed more than 6554 employees to manage its operations worldwide.

According to an estimate, Spotify has more than 356 million monthly active uses, out of which 158 million users are the paid subscribers on the platforms. Approximately more than 60% of the users are millennials. However, the audio streaming platform is increasing consistently, and it has the maximum market share to set and influence market trends.

Just like platforms like Netflix, YouTube, Hulu, and others have moved people away from DVD, Blue-ray, and cable TV. Spotify did the same of bringing people away from Mp3 and CDs. Artists and music producers have realized the significance of the platforms, and sometimes they release their content on the platform to the paid subscribers.

Spotify offers a lot of features for free ads-based. People who want to enjoy an ad-free experience and access to the complete music library, and then they have to buy a paid subscription. It provides premium features like more songs, downloading option, and a complete variety.

Spotify offers remarkable features like “Discover Weekly” and “Release Radar,” they give 30 new songs every week based on your listening history and choice preferences. Most importantly, it provides a wrap-up playlist at the end of the year based on your favorite songs. You could share your playlist with your friends and relatives.

Spotify efficiently uses AI and algorithms, and it sifts the data like song tracks, artists, and new songs based on the users’ preferences. In other words, it customizes the searches and playlists and provides a list of songs to listen to every time. According to an estimate, platforms bring 16 billion artist discoveries every month, and users spend one-third of their time listening to the platform’s created list.

Spotify music streaming application is becoming very popular among people. According to an estimate, approximately more than 20% of the American listen to platform’s music every week. It allows people to access and play music on Windows, Androids, iOS, smartwatches, gaming consoles, and Bluetooth speakers.

According to an estimate, Spotify provides roundabout 70 million songs, 2 million podcasts, and adds 40,000 new tracks every day. The platforms have paid more than 23 billion dollars to the music creators since its establishment. There were music streaming platforms when Spotify was launched, but it quickly gained market share through quality streaming.

According to an estimate by Interbrand, the brand value of Spotify in 2020 was 8389 million dollars, and it has increased by 52%. It ranked at the 70th position of the Best Global Brands in 2020.

As we know Spotify offers free and paid subscription services to the customers. Many price-conscious users are happy with the free services of the platforms. However, the company earns a plethora of money through advertisements. But the platform kept on pushing users into convincing that they should buy the paid subscription.

Spotify pays roundabout 0.00318 dollars to the music creators every time a person listens to it. It’s a very tiny percentage compare to the competitors. It means that the track must be played thousands of times so that the content creator would earn something. That’s why content creators like Taylor Swift are pulling their content away from the platform.

Spotify is offering almost the same features that other competitors are offering in terms of content, music library, and user interface. However, the platform tries to differentiate itself from its premium services and podcasting. In fact, the platform spent approximately 271.4 million dollars on the podcast.

Spotify has to distribute its earnings among content creators, producers, copyrights holders, and record labels. According to an estimate, the platform spent more than 75% of its earnings on royalties in 2019.

Whenever a celebrity like Barack Obama, Britney Spear, or Justine Bieber joins the platforms, the platform’s sale increases approximately 4%. Since tech giant companies have stepped into the music streaming industry, things have become more competitive. Therefore, the platform needs to be competitive by receiving endorsements from celebrities.

Alliance and partnership increase your market reach and influence. Spotify is partnered up with brands like Vodafone, Luiza magazine, Bouygues Telecom, Xbox, Facebook, Samsung, and others. Therefore, Spotify should consider keep on making alliances and expanding its customer market.

The podcasting market is growing and it would reach approximately 160 million people by the end of 2023. That’s why Spotify has started Spotify for podcasters, it provides them statistics, analytics, and other tools to check out their growth.

Spotify is operating its business in more than 178 countries across the globe. The audio streaming platform should keep pushing its boundaries and expanding its market into new geographies. It’s because the current market is suturing, and it’s difficult to win customers in those markets.

Threats Spotify has to face

Spotify is the world’s most pirated content platform after YouTube. People could easily steal the content of any content creator and use it on other platforms without the author’s consent. The high piracy rate is pushing away the content creators from joining the platforms.

Spotify has faced several security attacks during 2020. A hacker named “Daniel” hacked some accounts and proclaimed his love for Taylor Swift and Trump. Hackers gained access to one’s account by breaking the password. According to an estimate, roundabout 13% of Spotify’s accounts are for sale in the black market.

Many content creators keep on shuffling their content from one platform to another. When the status of permission changes, then it impacts multiple parties like the market, record label, copyrights holder, and others. That’s why Spotify has dealt with dozens of lawsuits over the years.

After an in-depth study of the swot analysis of Spotify, we’ve realized that Spotify is indeed the world’s largest audio streaming platform. Piracy, security issues, lawsuits, and criticism from influencers are some of the major challenges. Spotify should expand its market by making alliances and receiving celebrity endorsements. 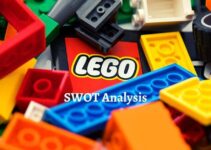