Netflix is the world’s largest paid online video streaming platform, and it offers very interesting movies and TV shows. Often people use the dialogues of the TV as a cliché in their conversation, and then you wonder how to get Netflix. People always make comments and say “it’s on Net.flix, check it out.” Don’t worry, it’s so simple and convenient to watch the shows on Netflix and I’ll tell you how to get Netflix.

First of all, you should install the its application on your smartphones, smart tv, or whatever device connected to your TV. After successfully installing the application on your device, next, you’ll a speedy and stable internet connection, and a subscription package of Netflix. However, some of the mainstreaming devices are Xbox, PlayStation, gaming consoles, Apple TV, Amazon Fire TV, Roku, etc.

Netflix on a TV

The lowest Netflix TV package starts at 9 dollars a month and it allows you to watch the shows on a single device (smartphone, TV, etc) at one time. It’s a very inexpensive package for price-conscious customers. The only downside of this package is that it streams shows of standard definition, a bit lower quality videos than the high definition.

If you have a bigger TV and want to watch high-quality TV shows there, then Net.flix provides a very popular package costing 14 dollars a month. It allows you to play the streaming on 2 screens in HD (high definition) quality.

If you a bigger TV like 4K and you want to watch and play your favorite TV shows on 4 screens at a single time, then you should subscribe to the 18 dollars a month package.

After installing the application on the device and buying the package, now you should give direct internet access to the device where you’ll watch the show. You could connect it via Wi-Fi, Ethernet Connection, or something else. Before connecting it to the Wi-Fi internet, you should make sure that you’re using the right password.

According to the Netflix’s recommendation, your internet must have a minimum speed of approximately 1.5 MB per second. Many broadband service providers usually offer such speed. If you don’t know how to measure your internet speed, then you could use this Speed. Test or any other speed test.

Supported Devices to Watch Net.flix: How to get Netflix

After buying the package and connecting the speedy/stable internet connection, now you’ll have to watch the Netflix shows on any device. It offers a free application for smart TVs just like smartphones, gaming consoles, and video streamers. Now, you have to install it on your device. If you’re using older analog TV that doesn’t have the HDMI, then it won’t work for you. Here are some of the devices that support Net.flix and they’re as follows;

If you have a smart TV or have the manufacturing date with the period of the past 10 years, then it must have Netflix streaming. In fact, some smart TV manufacturing companies have installed a Netflix’s icon button on their devices and remote controls, so that people could access it without any difficulty. The application could be of the older versions and working slowly on some devices, but it would allow you to watch the shows;

Some of the TV devices have the built-in Netflix application installed in them. However, a vast majority of people connect a separate device and then watching it. If your device doesn’t have the built-in application, then you have to ensure that it does have the HDMI port. It’s important to keep in mind that every device you want to use, it would use an HDMI port.

If you’re using blue-ray players and gaming consoles like PlayStation 3, Xbox 360, or others. They all have the application and allow users to watch its shows. In fact, some of the latest devices offer the latest version of the application that allows users to directly sign in.

You can control Netflix TV by using your tablets and mobile phones, it’s a bit complicated process but you could do it. However, you need to use the AirPlay feature if you’re an Apple user and Chromecast built-in if you’re an android user. For instance, if your device doesn’t have Chromecast, then you could use Google Chromecast.

Some of the latest TVs like Vizio and Sony allow users to check the Net.flix gallery on their mobile phones. If they would like to watch any of the shows, just press the cast button, and it would start streaming on the TV. If you’re an Apple user, then you should click the AirPlay icon, Roku devices have the same button.

We’ve been discussing how to get Netflix, after installing the application on your device, open up the its application, and you’ll see the page of logging in. If you find it tiresome of creating a new account, just click on the log-in from the website option at the bottom of the page. Next, you should either the code or the QR scanner to integrate from your connected devices.

You can easily create a membership profile and enjoy the Netflix experience. Your one account allows you to create 5 profiles in order to set different maturity levels. Every profile would be of a different taste and rating, and it would receive different recommendations.

If you want to find some show, then type it in the search bar or you can check out the recommended shows. Once you start watching different types of series and shows, then the algorithm of Netflix would recommend you shows based on your interests. However, it offers you many cool features like alternative audio in a different language, captions, subtitles, etc.

You know how to get Netflix at this stage. Now it’s time to study some of the important settings. It allows you to change your membership plan, phone number, and email address at any time. Most important, it allows controls to the parents over language, subtitle, content, and playback preferences.

Netflix allows you to change your devices at any time. However, it depends on your package because different membership plans offer different resolutions for various devices. Usually, it doesn’t restrict members from using different devices. If you want to know the compatibility of the device, then you can check it out at devices. netflix. 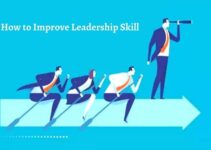 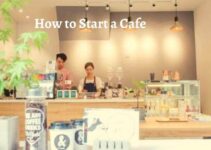 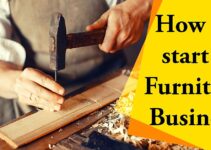