Pestle analysis of Netflix. Netflix is an American multinational online video streaming platform and a content producing company. Reed Hastings, Scotts Valley, and Marc Randolph established Netflix in 1997 in California. The headquarter of the brand is situated in Los Gatos, California, USA.

Netflix is a multinational global company and operating its business in more than 190 countries across the world. The company has got offices in the UK, France, Brazil, Netherland, Japan, South Korea, and India. Streaming to game consoles, video on demand, suggestions, and recommendations are some of the main products and services of Netflix.

Netflix provides the paid video streaming services of movies and TV series. According to an estimate, approximately more than 195 million people are the paid subscribers of the brand by the end of 2020. Out of which 73 million subscribers belong to the US market.

The interest of the audience is shifting from traditional TV towards online video streaming platforms like Netflix and YouTube. It’s a fierce threat to the traditional cable network company like AT&T. Resultantly AT&T and Direct TV have merged worth 48 billion dollars. This merger is now a great threat to the company. That’s why Netflix rejected the merger and sent its concerns to the FCC official.

As we know that Netflix is operating its business globally in approximately 200 countries across the world. But its service isn’t available in countries like Crimea, North Korea, China, and Syria. It’s because those countries have a serious conflict with the US government. All the major US companies can’t operate their business in those countries. Even if the brand wants to; it couldn’t because of the political conflicts and legal issues.

The US restrictions aren’t the only hurdle of not operating a business in one of the world’s biggest economies. It’s the censorship policies of the Chinese government. It requires Netflix to censor its content according to the wishes of the Chinese officials. It could be the whole movie, a major part of an episode, or the complete episode.

Not every country has tough censorship policies. Some countries only allow limited content in their countries. Netflix only runs the content what the government allows. Now, the company is looking for a solution that the brand would be able to show a complete library of its content everywhere.

As we’re aware of it that Netflix is running its business globally and the company has to deal with different exchange rates worldwide. If the currency of other countries is weak, then the customers would have to pay a higher price. It means that Netflix is a luxury brand for many customers in some countries.

The pandemic of covid-19 turned out to be a great blessing for the video streaming company. The annual revenue and net income of Netflix during the pandemic year of 2020 has increased by 26.19% and 98.48% respectively.

Netflix follows the policy of producing content of fans’ favorite shows. That’s how the company has established a portfolio library. It has helped the company to increase its monthly subscription rate. But it has reduced the number of total quality shows, and it has annoyed many customers. Netflix has to produce content like “Stranger Things” to retain their customers and earnings.

There are many torrent web platforms where they offer pirated content for free. Companies like Netflix spent billions of dollars to produce the content and they charge a price to offer their content. The torrent platforms steal the content and offer it for free. It hurts the earning and profitability of the company.

Netflix has increased its prices and they’re much higher than Apple and Disney. It’s made many customers annoyed. If the company doesn’t lower its prices competitive to the market, then many customers would go to the other platforms.

What are LinkedIn Ads?

The work environment of Netflix is very friendly. The employees of the company love working for the company, that’s they’re able to produce quality content every year. There are no dressing codes there; employees have permission to wear the casual dress at the workplace. They also get vacations and tours annually.

Reed Hastings is one of the co-founders, chairman, and CEO of the company. He has a very compassionate nature. He even donates money to charities from his personal-income. It’s his objective that the good deed starts from the head of the organization and moves down to the bottom.

Support of the Black Community

Netflix has also allocated 2% of its annual income worth 100 million dollars for the support of the black community. It’s one of these great things that people love about Netflix and pay higher for it.

A new trend has developed in recent years that many people nowadays watch videos on their mobile devices. Instead of TVs and cabal network. It’s a huge shift in trend, and the company should offer cheaper packages for mobile users. Just like Netflix offered 3 dollars package in India.

In March 2020, the commissioner of the EU has taken notice that high definition video streaming interferes with the military defense system. It also makes noise, distortion, and interference in the systems of hospitals. As many of you are aware of it that 2020 is the year of pandemic, and hospitals are filled with covid-19 patients.

Therefore, the EU commissioner requested the Netflix users to watch ordinary definition video instead of HD. Now, the company should work on this issue and try to resolve it.

The researchers of Netflix have recently developed software by the name of “Hermes.” It can automatically translate the content into other languages. This is a great invention and it would help the company to increase its market reach.

Netflix has special high tech converters. They reduce the size of the video without affecting its quality. It helps those users who watch Netflix by using mobile data on their mobile devices. It means that Netflix does not only provide quality content, but it provides a quality size of data as well.

The voting and rating of different social media platforms like Google, Facebook, Twitter, and etc follow the star system. But the new algorithm of Netflix has changed the voting system; it gives the thumbs up or thumbs down option. If you like or dislike the content, then you can vote for it.

But many users don’t like the new voting system, because it doesn’t show their exact interest. For instance, if you love watching horror movies and it would suggest a comedy series. That’s how it doesn’t align with customers’ interests.

Netflix suddenly increased its prices in 2016 and it made many customers unhappy. Some of the angry customers filed a class-action against the company. It attracted a lot of criticism from the company in the media because it violated customers’ contracts.

Netflix has got approximately 200 million users across the world. According to an estimate, video streaming companies leave a 1% carbon footprint of the total global carbon emission. Netflix has recently joined hands with EPA to use clean energy. It would require the company to show its annual investment in renewable energy.

After a careful study of the pestle analysis of Netflix, we have realized that the company is indeed the world’s leading paid video streaming platform. But the censorship, restrictions, and limited access issues are also real. They can hurt the profitability of the company very badly. 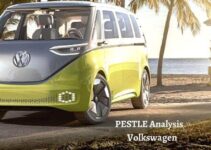