According to a financial estimate, Walt Disney Company’s annual revenue was 65.388 billion dollars by the end of 2020. Out of which, the entertainment company’s net income was -2.864 billion US dollars. The brand has employed roundabout 223,000 employees to manage various operations of the company worldwide.

Like amusement park themes and media entertainment video content, the content of Walt Disney fall under intellectual property rights; IPR plays a significant role when an entertainment company goes global. They vary from country to country depending upon the political environment. The definition of IPR in various countries is different.

The trade policies and government regulations shift with the changing political environment. For instance, the Chinese government imposes a high level of censorship on video content. Sometimes you have to cut down the whole episode to conform to their laws.

The management of Walt Disney Company is opinionated about the political circumstances. Their political views impact the reputation and fans of the company. For instance, the CEO of Disney, Igor, criticized the former President of the US, Donald Trump, on the Las Vegas massacre that killed one of the employees of the company. In his post, he mentioned that Trumps’ fans are quiet about gun-related violence and furious about the athlete not standing during the national anthem.

It doesn’t matter whether such views are right or wrong, but they impact the company’s brand image and customer base.

Amusement Parks and resorts in the USA are a great source of Disney’s revenue. In fact, they contribute a majority part in the company’s total income. In other words, the entertainment brand is heavily reliant on the US market. The economic circumstances in the developing countries are changing; the emerging market expansion would reduce the risk factor.

Asian countries like Japan, China, Singapore, Malaysia, India, and others have a growth rate. People have extra disposable income, and they would be willing to spend it in Disneyland’s amusement parks and resorts.

According to an estimate, Disney has lost more than 700 million dollars during the pandemic year of covid-19. The mass lockdown, the shutdown of parks and business, and social distancing have made things worse. It has dropped Disney’s annual revenue by 6.06% and net income by 125.91% in 2020.

The people’s attitude and behavior towards amusement parks, TV shows, video games, and movies significantly impact Walt Disney Company. It’s because the company is in the entertainment showbiz industry. Therefore, the company needs to set its strategies based on the expectation and attitudes of people. That’s why feedback from the customers is significant for the entertainment media company.

The trend of online video streaming and online purchasing has increased significantly during the pandemic months of covid-19. People love to spend their leisure time watching something online and ordering it online. Disney should keep in mind these and promote its online services accordingly.

The acceptance level of cultural diversity has increased among the public. It’s favorable to the business of the company. Disney can now produce culturally diverse content and target all the audience.

Walt Disney has been using technology to manage its social media platforms like Facebook, Google, Twitter, and LinkedIn and its platform’s online video streaming. Technology has allowed the company to become a multinational brand and produce content that wouldn’t have possible without it. The brand is also using the technology at its parks and resorts.

The competitor studios are also using the same and even better technology. It demands the company to come up with innovative technology by investing it in research and development. Disney has been using advanced computers and the latest technology to offer a better quality product.

Disney has also exploited its prominent characters and using them in the videos. They’ve become very popular among video gamers. Some of the top games are Beauty and the Beast, Hercules, The Lion King, and The Little Mermaid.

Government laws and regulations decide Disney’s operations, especially the Europeans and the US regulations for the entertainment companies like Disney have a strategic impact. Since the company has a park, therefore, it needs to follow the environmental protection laws.

Disney is a global multinational brand; its consumer protection and safety regulations would send a positive image of the company. The company faces over 50% of the lawsuits due to its parks’ safety and injury issues.

The environmental and ecological issues are relevant and impacting Disney in many ways. Like worsening climate cycles, resources availability, and unpredictable events are some of the tops. The company now faces a challenge of how to address these issues and work with them accordingly.

After a careful study of Disney pestle analysis, we have concluded that Walt Disney is undoubted the world’s top entertainment company. Intellectual property rights, regulations, tech innovations, and changing social trends are some significant issues. Disney should develop its content by keeping in mind the factors discussed in the article. 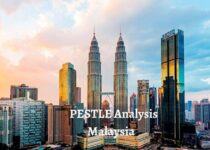 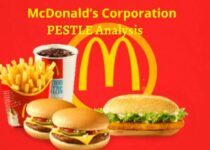 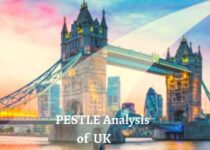