Pestle analysis of Thailand. Kingdom of Thailand or Thailand or Siam is a Southeast Asian country. It’s the 50th largest country in the world comprising an area of 198,120 square miles. She is situated in the Peninsula center of Indochina. The capital of Thailand is Bangkok.

Thai people came from China in the 12th century. Portuguese made the European colonial visit to the region in 1511. Thailand or Siam was the only country that avoided that colonization during the western imperialization of Aisa. Siam sided with allies during WWI. The country adopted the new official name “Thailand” and constitutional monarchy after the revolution of 1932. The country allied with Japan after the Japanese invasion.

Thailand shares the border with India, Indonesia, Vietnam, Malaysia, Cambodia, and Laos. Approximately more than 69 million people are populating the country and she’s the 22nd most populated country worldwide.

Thailand follows the parliamentary democratic system of government and constitutional monarchy. The Prime Minister has the status to be the head of the government and the Monarch is the state’s head. Any criticism of the monarch and the Royal family is against the law and could lead to 3 to 15 years of the jail sentence. A military coup has often overpowered the Thai political governments. The most recent military coup happened in 2014.

Thailand is a member of different world’s leading alliances like the Association of Southeast Asian Nations (ASEAN), United Nations (UN), and World Trade Organization (WTO). Bangkok is also the capital of ASEAN. The country has developed very friendly relations with the USA.

Corruption has infiltrated into every department of the country and it’s jeopardizing her growth. According to the ranking of Transparency International, Thailand falls at the 104th position out of 180 countries. Approximately 88% of the people think that corruption is a severe issue in the country.

According to a financial estimate, the annual nominal GDP (Gross Domestic Product) of Thailand in 2020 was 1.261 trillion US dollars. Out of which the per capita income of the country was 7379 dollars. A slight fall in annual revenue is due to the pandemic of the covid-19.

However, the country has made significant progress in decreasing poverty and achieving sustainable growth. According to a report of the World Bank, Thailand has recently shifted into upper-income countries.

According to an estimate, the total population of Thailand is 69,799,978 people. The country doesn’t have any official religion, but approximately 94.50% follow Buddhism. Islam, Christianity, and Hinduism are some of the other main religions. However, the average life of males and females in Thailand is 71 and 79 years old. Thai is the country’s official language; while Pak Thai, Kam Mueang, and Isan are some of the other spoken languages.

Thai people are very hardworking and amicable and they’re committed to their work. She’s a diverse country comprising of people from different ethnicities, cultures, religions, and backgrounds. They may have occasional conflicts with one another. The overall consumer behavior of the Thai market keeps on changing depending on the prevailing trends.

Thai women are tech-savvy, highly educated, and they earn more money and the people are brand-conscious and they’re willing to pay more for the wealthy brand. However, luxury cars, sunglasses, designer watches, jewelry, and smartphones are the luxury market demand items. Sadly, the Thai market is also facing some social challenges like corruption, human trafficking, increasing aging population, prostitution, and adolescent pregnancy.

Thailand has been making significant progress in the tech industry. The government provides various incentives for the growth and development of the latest technology. Many Thai companies are investing a plethora of resources to develop tech infrastructure and innovation. That’s why many tech businesses are flourishing in the country.

Thailand people are highly active on social media platforms like Twitter, Instagram, Line, YouTube, and Facebook. The thing to remember here is that Bangkok is the hub of many tech developments. Now the government should spread the tech culture across the country.

Thai standard employment laws deal with the work, employee’s rights, holidays, and many issues relevant to the employment contract. The government is very strict about smocking, overstaying in the country, littering, gambling, drinking, drugs, bribery, and disrespecting the Royal family.

The Thai tourism industry plays a significant role in the country’s economy and its GDP. It creates approximately more than 6 million employment opportunities. Wildlife, rich culture and history, beaches, and 1500 miles of coastline attract the attention of millions of tourists. However, the total number of visitors and tourists fell during the pandemic of covid-19 because of the traveling restrictions.

Thailand has made significant growth and progress in the tech and other production industries. It has brought many environmental challenges along with it like desertification, scarcity of freshwater, deforestation, water and air pollution, and loss of biodiversity.

After an in-depth study of the pestle analysis of Thailand, we’ve concluded that Thailand is indeed the leading Southeast Asian country. Environmental challenges, strict Royal regulations, and political corruption are some of the top country’s challenges. Thailand should address these issues before they could hurt its economy. 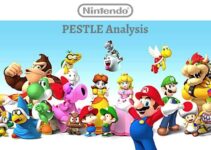