Multinational mega brands and companies want to exploit the power of celebrities and macro influencers; whereas the popularity of micro-influencers is also increasing. When it comes to developing an effective influencers marketing strategy; you should choose the right influencers for your campaign. However, approximately 61% of marketers have difficulty doing so.

According to a study conducted by TapInfluencer; the ROI (return on investment) of influencer marketing is 11 times higher than the traditional promotional campaign. It is because people would like the reviews of products and services from their favorite influencers rather than ads of the company. They would follow their recommendation; it means influencers marketing campaign would make your brand authentic and trustworthy and authentic.

If you compare both marketing campaigns in terms of trust and authenticity, micro-influencers win in this regard. It is because macro influencers have got millions of followers, and they don’t have time to connect with all of them. Companies have been using celebrity endorsement; approximately 3% of the customers buy such products and services endorsed by their favorite celebrities.

People don’t find the sponsored content and posts of micro-influencers authentic and trustworthy. Brands have to partner up with a lot of influencers if they want to amplify their market reach.

On the other hand, macro influencers may have expertise in one field like actors or sportsmen. But you would see them promoting products completely different from their niche. For instance, Jack Douglas promoted the sponsored video of the ancestry test, and there is no question about the quality, production, and delivery of the content. But the followers of Jack Douglas have got no relevance with ancestry tests. Instead, brands should collaborate with niche-focused micro-influencer that posting content relevant to their field.

Macro influencers have got millions of followers, and their high cost makes them inaccessible to small businesses. According to a report by the New York Times, top macro-influencers with 3 to 7 million followers would charge roundabout 187500 dollars for a sponsored video post on YouTube. They charge 75000 dollars for a Snapchat and Instagram post; 50000 dollars for a Twitter post.

It doesn’t whatever number of followers they have; it offers them an opportunity to approach hundreds of thousands of people with one post in a short time. Micro-influencers don’t have this option of approaching a wide audience because of their limited market reach. You have to work with a lot of micro-influencers to cover a large portion of the market rather than one macro influencer with a vast market reach.

If you want to amplify your brand visibility and brand awareness, then working with macro influencers is the best option. For instance, Jack Douglas has got 2.6 million followers and he qualifies as a macro influencer.

Who to Work With

After carefully analyzing both micro-influencers and macro influencers; we have realized that both of them have got their own benefits and challenges. But micro-influencers have gotten a lot of attention from companies in recent years because of the abovementioned reasons and they have proven their worth. You can always collaborate with micro-influencers to amplify user engagement and brand awareness with minimum risk and lower cost. 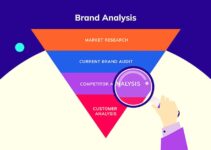 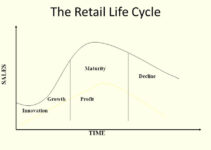 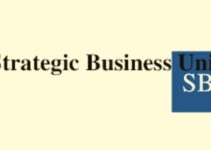