What is Macro Influencer?

A macro influencer is a well-recognized person or soon-to-become famous individual with 100K to 1 million followers on social media platforms. Macro-influencers have got a very high user engagement in terms of likes, comments, and shares. You would come across a lot of sponsored posts on their timeline.

Many public figures, politicians, celebrities, singers, and other well-known people fall under the category of macro influencers. They regularly share a lot of content on their feed and people trust them.

There are two main types of macro influencers and they’re as follows;

They are ordinary people that have established their name and reputation from the scratch; thanks to the internet and technology. Such type of self-made macro influencers have got excellent expertise in content creation; sharing great content on social media platforms has led them to the highest fame and popularity.

Celebrities are such types of influencers (radio, TV hosts, musicians, and actors) that are already famous and popular with or without social media platforms. A vast majority of people follow them due to their exposure and popularity. However, they don’t post any type of content, people follow them because of their primary fame and reputation.

Macro influencers are not newbies and inexperienced people; they have got access to a plethora of resources. Since they have worked with multinational brands, they know very well what types of strategies work and what do not. They have a professional team of experts that would help them to develop strategic campaigns for them.

When you are working with a lot of micro-influencers and millions of followers, then it offers you a very valuable data insight. It is a good strategy if you’re experimenting with product development and you would like to know the market response. However, it offers you a great opportunity to learn. The results you would receive won’t be in small and limited numbers.

One of the main challenges companies face while launching a completely new product into the market is to win the trust of customers; bridge the gap between customers and the brand. Macro influencers have got a loyal database of followers and they trust whatever they endorse or promote. It is a great strategy to win the trust of customers especially if you’re launching something completely out of the blue.

The user engagement on the Instagram profile of singer Beyonce is roundabout 2.7%. In other words, it means more than three million would engage with the post. The average conversion rate is 2.35%, out of which it would 70,500. However, if every person spends 200 dollars, then you would have a total sale of 14 million dollars online. This is a rough estimate of a worst-case scenario.

Macro influencers are much more than just celebrity figures. In fact, they’re the social media platform, because some of them have got more than 100 million followers. Their one post reaches millions of people within a matter of minutes. That’s why multinational brands collaborate with such celebrities and public figures.

Also Read: What is Micro Influencer?

It is no doubt macro influencers have got millions of followers, but they comprise the general audience; not the niche-focused demographic. If you have got a specialized and niche-focused product, then macro influencers won’t help you to approach the specific audience that you plan to target. You can predict the buying behavior of your targeted audience because the market is so wide and general.

The user engagement on the profile of macro influencers is low because of their unavailability to respond to the replies and direct messages of people. On the other hand, micro-influencers tend to have higher user engagement relevant to the following size. Hundreds and thousands of comment on the posts of macro influencers, and they don’t have time to connect with all of them individually.

Macro influencers dealings with millions of audiences at a time. If anything goes wrong, then it jeopardizes all of your marketing efforts. In fact, it would badly impact the reputation of your brand image. Negative reviews, comments, and memes spread like a fire in the world of social media.

Macro influencers are not easy to reach and contact. You can’t simply drop them a text message and expect them to reply to you back because they won’t. In fact, you have to go through a lengthy process of talking via agents and lawyers before having a meeting with the celebrity. After a such lengthy process, it is possible that you would find out that the brand isn’t the right fit for the celebrity’s mindset.

Funding macro influencer with millions of followers isn’t cheap. You have to be ready to pay them a large sum of money. The demand for public figures is very high and they’re collaborating with various brands at one time. Before spending a lot of money on macro-influencers, you should know how to make use of their image.

Model Megan Williams is a British macro influencer that has successfully walked the Victoria’s Secret Fashion Shows in 2016, 2017, and 2018 for three years consecutively. The model has got more than 790K followers on Instagram and she is playing an active role in the fashion industry. She is also a co-founder of wearing.

Ashleygalvinyoga is a US yoga instructor that has achieved popularity due to her unique teaching methods, flexibility, and strength. She is a macro influencer with more than 550K followers on Instagram. However, she posts a lot of fitness-related tips and yoga lessons on her account in order to remain relevant and niche-focused.

After an in-depth study of what is macro influencer; their various types, advantages, disadvantages, and examples; we have realized that macro influencers play a significant role in the promotion of general things. If you’re planning to collaborate with them for your brand, then you should follow and practice the abovementioned tips and suggestions. 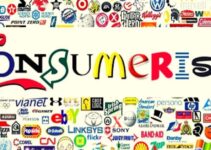 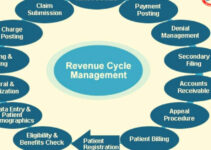 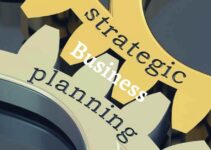