Retail businesses and companies go through various stages from introduction to decline in the market; very similar to the product life cycle. But the retail life cycle theory helps you to explain various other factors like macroeconomic fluctuation, market environment, and price cycle. Today, we’ll discuss what is retail life cycle theory; its four stages, and example.

What is Retail Life Cycle Theory?

The notion behind retail life cycle theory is that retail businesses and companies go through various stages of ups and downs ranging from emerging innovation, growth, and maturity to the decline stage. Just like the introduction of a new product in the market that has a huge sale during the Christmas season, and soon it kicks out of the market. Similarly, retailers, businesses, and companies experience the same stages in their life of doing business in the market.

The retail life cycle theory consists of four main stages, and every stage focuses on the profit growth and the sale that the company experiences. The emerging companies would experience tremendous growth due to the high sales. Rapid growth and increasing sale create opportunities. Before experiencing the continuous decreasing sale, the highly growing company would find itself in the stable maturity stage.

Bass S.J, Betas A.D, and William Davidson W.R were the pioneers of retail life cycle theory, and they introduced it in 1976. However, the theory doesn’t explain why this retailing life cycle exists and the key factors that change the retail format. It doesn’t consider the response of customers and the impact of the interaction.

The four main stages of retail life cycle theory are as follows;

The emerging stage in the retailing lifecycle is when the company is new in the market; it focuses on developing and innovating new products or services in the market in order to marginalize opportunities. Companies in the emerging stage are in the initial phase of the retailing lifecycle, where the profitability would be low due to the high expenses. The customers would have limited familiarity with the brand because of being new in the market, but it has a great growth opportunity.

The innovation of the retailer is in various ways like logistic system, business hours, sales promotion, store design, store selection, sales, customer service, and product mix. The emergence and innovation could either become the target of hit or receive retaliation blows from the competitors. It is the stage where the company would have a small impact on the prevailing competitive structure due to its limited market share.

For instance, Amazon Go is the latest example of Amazon’s new form of the grocery store. It is a new type of grocery store of its kind that Amazon has launched; the customers don’t have to wait in line for checkouts. They have speed-up the process by removing the convention registry pay station.

Growth is a very important stage in the retailing lifecycle; where the company has developed familiarity with the customers. It has earned a place in the market, where the customers would appreciate and trust them. The company has recognized its competitors in the market and developed a forceful reputation in the industry. The growth means loyal customers, high user engagement, new investment opportunities for products or services, and increased profitability.

What is Retargeting in Marketing?

In the later stage of the growth, the competitive companies that have successfully applied the new method and format would start emerging in the market. Now, there is competition among different types of new formats in the market, and those with limited competence would leave.

The remaining companies would take action in the form of improving shopping facilities, expanding portfolios, and high service standards. Along with the direct production cost, the indirect promotion would continue to increase and even becomes higher than the sale.

Maturity is the stage in the retailing lifecycle where the company has won the growth stage, and it has now maintained its market share. The company can no longer amplify its database of customers and market share. The new format and method won’t give the company any competitive edge over others and the profitability would start declining. In order to deal with the competition, the company would lower the price to stabilize its position.

In such a situation, the chain retailers should close down the non-performing stores and open up new shops in good locations and diversify their market share. Even, you can improve the retail format in the maturity stage and return to the growth stage of the retailing lifecycle. Many chain stores in the US have been in the growth and maturity stage since WWII. It is because they have reformed and changed over time.

The declining stage in the retailing lifecycle is when your format becomes conventional, the introduction of the new format in the market, and the change in customers’ shopping preferences. The market size of the traditional format (that was once new) would start decreasing along with its sales and profitability. Some companies plan to leave the market at this stage.

However, the competition among different retail formats is not the same and it would become highly intense. The profitability of the traditional format companies would start decreasing and they have to fight over the price. The innovative format would have a competitive edge over others in terms of operating style, product quality, design, and service. The situation in the declining and innovation is the same in terms of traditional formats.

Blockbuster was a rental movie store company, and the brand opened up approximately more than 8000 chain stores across the US in 1985. It was a new way of watching movies in your house rather than going to the cinema. However, the company opened up more than 3400 stores by the end of 1993.

10 years later in 2003, Blockbuster was in the maturity stage with more than 9000 retail stores across the US. It was the same time for the foundation of Netflix and it was using internet technology. In 2010, Blockbuster filed for bankruptcy, and it shut down all of its stores in 2013. In short, YouTube and Netflix became the cause of death of Blockbuster Company.

After an in-depth study of what is retail life cycle theory; its four main stages, and examples; we have realized that retailing lifecycle is different for different businesses in different industries. Businesses and companies could expand their growth and maturity stage by improving their formats and adapting to the latest market trends. 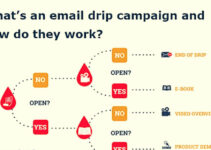 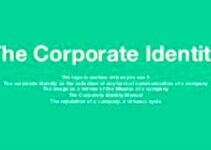 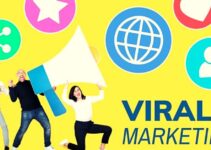