Along with marketing and promotion of businesses, companies, brands, and products; institutions and organizations also engage in the process of their promotions. Today, we’ll discuss what is corporate advertising; its importance, how it used, and real-life examples.

What is Corporate Advertising?

Corporate advertising is the process of advertisement of the whole organization, company, or institution rather than products or brands. It is an extension type of activity like the PR (public relations) that the company performs to amplify its goodwill and the brand image among the minds of the general public; because they’re intangible assets of great importance.

Instead of marketing and promoting their products and brands, corporations launch their ads campaign to establish their brand image. Many giant corporations offer different products under different brand names like General Motors, Volkswagen, P&G, and HUL. All of these and other multinational companies engage in the process of corporate branding and advertisement. However, they advertise the whole corporation, rather than branding and promoting one particular brand or product.

One of the main objectives and functions of corporate advertising is to establish trust and confidence among target customers and vendors. Depending on various types of corporation marketing approaches, marketers and advertisers would launch the campaign to amplify the reputation of the company among competitors and the public within a particular industry.

It is not a new thing that companies launch the ads campaign to address the particular incident or the factors that have damaged the reputation of the company. The ads campaign allows the company to restore the trust and confidence of customers, especially when the merger and acquisition happens.

What is Product Advertising?

Corporation advertisement amplifies the brand image of the company apart from its products or service marketing. It focuses on repairing the reputation of the company damaged by weak PR, bad publicity, and false reputation. Most importantly, it allows companies to establish themselves as a brand rather than just branding and promoting the products and services. You can understand its concept as an institutional promotion and advertisement.

Some of the main benefits of corporation advertisement are as follows;

Corporate advertising is highly effective for those organizations that have gone through a lot of negative publicity, bad PR, and terrible marketing. The negative marketing implies that the company and its offers are distressful to human life. However, some corporations are highly sensitive and susceptible to social media controversies and conspiracy theories. They should invest in the corporation advertisement campaign to maintain their brand image.

Pharmaceutical companies, oil and gas exploration companies, alcohol, and cigarette manufacturing companies are susceptible to negative media coverage and social media memes. The corporation ads campaign helps companies to attract and recruit new employees and amplify their sales. Some of the main objectives of corporation advertisement are as follows

Standard Chartered Bank sponsored and organized Mumbai Marathon in India to spread awareness about health and fitness. It encouraged people to participate in the event for the benefit of society at large and promote positive values. However, “cause-related marketing” is a very good example of corporation advertisement that helps companies to address social issues.

The new anthem of Hero MotoCorp by AR Rehman attracted the attention of a lot of people. The TV commercial for the company created a lot of buzz among the public and it also went viral over social media platforms.

P&G launched an eye-watering campaign to pay tribute to the moms on mother’s day in 2016. The ads campaign comprises of showing how athletes won their medals based on the hard work of moms. They helped them when they were crawling and learning to walk, they stood by their side during the practice session and took care of them when they were sick.

After an in-depth study of what is corporate advertising; its importance, benefits, how it is used, and examples; we have realized that corporation ad campaigns are important for a company’s better image. If you’re planning to launch such a campaign, then you should keep in mind the abovementioned tips and guidelines. 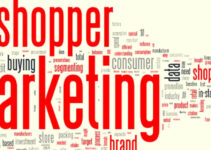 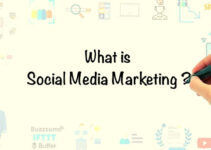 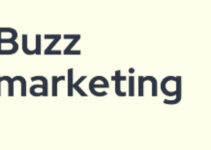