An ordinary customer comes across roundabout 5000 ads daily, and they all claim to be the best. It becomes very difficult for a person to choose and decide what is good or not. However, companies employ comparative ad campaigns by comparing their ads with those of the competitors and persuading them to choose their products. Today, we’ll discuss what is comparative advertising; its purpose, advantages, disadvantages, and examples.

What is Comparative Advertising?

Comparative advertising is a form of marketing strategy where a company presents its products and services as superior as compared to its competitors. The comparative ads campaign comprises printing side-by-side comparisons of the features and traits of the company’s products to the competitors. However, the features and traits comparison is on the basis of cost and value. They show the competitors’ products with limited light.

In short, we can say that the comparative ads campaign comprises;

For instance, a hotel and restaurant brand launches the ads campaign by comparing its products with the competitors in the following ways;

The other example of a courier company is DHL, and it has got two leading competitors, UPS and FedEx. The FedEx brand employs iconic white and yellow trucks for marketing and promotion of its services. However, DHL launched a mocking campaign in response to the company’s iconic brand name. The purpose of the DHL campaign is to show its superiority in the market.

What is Corporate Advertising?

A company presents its specific product or services as superior to the competitors in the comparative advertisement. Here, the challenging party won’t explicitly mention the rival brand. The target customers would recognize the rival competitor brand based on the mentioned features and attributes.

The three main aims and purposes of comparative advertising are as follows;

Some of the main advantages of comparative advertising are as follows;

When a company takes a stand against a giant competitive brand, then it attracts the attention of customers. Businesses and companies usually launch the ads campaign during mega sports events in order to attract new potential customers.

The focus of the challenging brands is on highlighting the features of their products and how they’re better than the competitors. Usually, customers make their purchase decisions based on the direct comparison of features and traits.

Many customers stick to their casual brand and don’t bother conducting their own research before buying. The comparing ads campaign allows them to learn about the better features of the other brands, and customers would keep in mind those attributes before buying anything.

If the challenging company is comparing its features with the bigger market leader brand, then it would attract the attention of the target customer market. It offers the company great exposure by taking a stand against the giant competitive brand.

Some of the main disadvantages of comparative advertising are as follows;

If the ads campaign of the challenging company mentions the names of various brands for comparison; then it would confuse customers when making the purchase decision.

If the challenging company goes for unethical and wrong ads campaign, then it would undermine its own reputation along the way. Ultimately, the company would lose serious customers.

If the big company compares its offers with the smaller brands, then customers would perceive it as a bully. When the challenging company crosses the limit of mocking and disrespect, then it loses its own reputation in the market.

FTC (federal trade commission) has set up rules and regulations for the comparing ads campaign. If a company fails to abide by them, then it has to face legal consequences and it would jeopardize the company’s image.

Wendy’s and McDonald’s are the two leading fast food chain brands in the US, and they’ve called each other competitors on Twitter. McDonald’s employs frozen beef for burgers and Wendy’s uses fresh beef; it offers Wendy a competitive edge to make fun of competitors.

Pepsi and Coca-Cola are the world’s leading soft drink brands. During the Halloween season of 2013, Pepsi launched a mocking ads campaign targeting Coca-Cola in order to attract the attention of customers. The Pepsi bottle was wearing the red cape and gown of Coca-Cola. However, the message of the campaign was that the customers actually wanted Pepsi, but buying Coca Cola.

Since the ad campaign directly named and targeted Coca-Cola, it jeopardized the company’s reputation. Court ordered the company to put down its ads campaign from all the platforms.

After an in-depth study of what is comparative advertising; its purpose, differentiation from competitive advertisement, advantages, disadvantages, and examples; we have realized that comparing ads strategy is highly beneficial for your company. If you’re launching the comparing ad campaign, then you should keep in mind the abovementioned tips and guidelines. 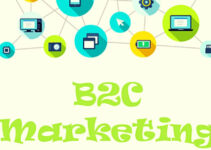 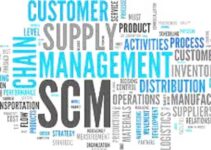