Swot analysis of Uber. Uber Technologies Inc also goes by the name of Uber. It’s a US transportation service providing multinational company. Travis Kalanick and Garrett Camp laid the foundation of Uber in March 2009. The headquarter of the company is in San Francisco, California, USA.

Uber is providing transportation services in more than 69 countries and 900 metropolitan areas across the world. The company has got more than 78 million worldwide monthly active users. The ride-sharing market share of the brand is approximately 67% in the US market.

Approximately 26900 people were working for the company by the end of 2019.

Didi Chuxing, Lyft, Grab, Ola Cabs, and Curd are some of the major competitors of the company.

Zomato, Uber Eats, Postmates, and Careem are some of the major subsidiaries of Uber.

Uber has always followed the dynamic and variable pricing strategy and it depends on the supply and demand. For instance, if the demand is high, the company would charge higher prices. Otherwise, the price would lower when the demand is less.

The dynamic and variable pricing has turned out to be very profitable to the company. It helps the drivers to earn some extra money during the rainy season, bad weather, evening at the office leaving, and during the holidays.

Uber partners up with drivers and both parties work together for mutual benefit. The operational cost of Uber is very compared to other businesses. The company doesn’t require a fixed infrastructure of building at different locations. Therefore, the brand could easily move and expand its business.

Uber is operating its ride-sharing and transportation business in roundabout 70 countries and more than 900 metropolitan areas across the world. The brand has even dominated the market of BMW, Tesla, Ford, Honda, and GM.

The brand has been on the latest technological research and development and it would help the company to grow more. According to an estimate by Interbrand, the market brand value of Uber is approximately 4942 million dollars in 2020.

Uber is one of the earliest ride-sharing companies. The brand has the advantage of having the world’s largest network of ride-sharing technology. According to an estimate, Uber has got more than 78 million worldwide active monthly users. The company is providing ride-sharing transportation in roundabout 1000 cities across the world.

Uber has got a very effective system of charging customers based on per mile and per minute. It helps customers to pay only for traveling and not for idle time. On the other hand, the conventional taxis charge passengers whether they’re traveling or not. That’s why the brand provides its users with the most economical rides.

Uber has been operating its business in different cultures and it has increased the brand’s exposure. The company has been very active on social media platforms like Google, Facebook, Instagram, etc. to engage with customers.

The brand provides different offers to retain the attention of customers. Most importantly, Uber replies to the complaints of customers on social media.

The dynamic pricing strategy has turned out to be successful for the company most of the time. But it hasn’t always been successful. For instance, the algorithm of the company followed the same pattern of demand and supply during the sandy hurricanes and it made the customers outrageous. They demanded that the brand should change its policy.

The whole business of Uber relies on the performance of drivers. In other words, the profitability of Ubers depends on the behavior of drivers. Their behavior is unstable and unpredictable. For instance, approximately more than 100 drivers have had a record of sexual harassment and abuse. This type of workforce presents a very bad picture of the company.

Despite being a worldwide brand and great annual revenue, Uber has faced many financial losses. For instance, the annual net profit of the company has been in a negative figure since 2019. The brand also had a great loss of 2.75 billion dollars in 2016. Along with loss, the company has been providing discounts to the customers and bonuses to its drivers.

Uber has faced many scandals and controversies of abuse, sexual harassment, and targeted attacks on customers. Such news is dis-reputing the brand image of the company. Many users launched a campaign of hashtag #deleteUbercampaign and approximately more than 500k people deleted their accounts.

Many drivers aren’t satisfied with the pricing strategy of Uber. It’s good for the customers. But the earning doesn’t meet the expenses and maintenance cost of the vehicle. That’s why many drivers are quitting Uber and joining other platforms.

Reliance on the Internet

The whole functionality of Uber relies on internet access. The whole company would be useless without the connectivity of the internet. It happens in some authoritative countries where the government turns off internet access. When it’s off, the whole ride-sharing business would be down.

As the name implies, Uber should launch the movers and packers logistic service. It’s because many people relocate from one city to another and even within the city every day throughout the year. The logistic service would be a great benefit to the customers.

Uber should also consider launching the service of the ambulance and other types of emergency transportation. Such services would help the company to differentiate itself from its competitors.

The reason people use the online ride platforms is that they aren’t satisfied with the traditional taxis and drivers. Uber has a great opportunity to provide them better quality service and make them permanent loyal customers. The company should also allow passengers to evaluate the performance of drivers and share their experiences.

Uber should hire more and more drivers in crowded cities so that the customers won’t have to wait much longer. The quick response time and short waiting would increase the customers’ experience.

Uber should also expand its business into the developing market. The economical ride service would help the company to increase its market share.

Threats Uber has to face

The pandemic of covid-19 has had a worse impact on the travel industry. The lockdown, shutdown, and social-distancing have made people stay at home. That’s why the annual revenue and net income have reduced to a great extent in 2020.

The online ride-sharing transportation service has become very competitive in recent years. Ola, Lyft, and other companies are growing. Their market growth poses a great threat to Uber.

According to an estimate, approximately more than 300,000 drivers have filed a lawsuit against the company. They claim that they’re working under the minimum wage. Uber had no other choice but to settle.

The employees’ retention rate of Uber is very low. The employees join competitors whenever they get an opportunity. It’s because the competitors’ companies treat their employees better.

After a careful study of the swot analysis of Uber, we’ve realized that Uber is indeed a pioneer in the ride-sharing industry. But the misconduct of the driver, lower wages, and other lawsuits are presenting a negative image of the company. Uber should address these issues. 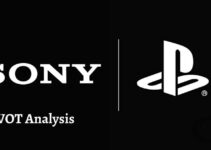 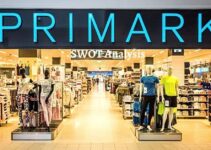