Swot analysis of Singapore. The Republic of Singapore is a Southeast Asian city-state and an island country. She shares the border with the South China Sea in the east, Indonesia in the south, and Malaysia. The country comprises 63 islands and land reclamation.

According to an estimate, the total area of Singapore is 281.1 square miles. Approximately 5,703,600 people are populating the country. Singapore has got four official languages; English, Tamil, Chinese, and Malay.

Sir Stamford Raffles discovered modern-day Singapore in 1819, and it became the trading post and directly under the control of the British Colonial Empire. Japan captured the country during WWII in 1942 and came back under British rule after Japan‘s surrender in 1945. She became a part of Malaysia in 1963. The Federation of Malaysia expelled Singapore due to political and ideological differences.

The Singaporean people have a positive mindset, and they don’t pay attention to any negative press and media. They disapprove of racism, homophobia, and xenophobia. For instance, they avoid and socially boycott the person who is spreading the negativity. They believe that one bad apple doesn’t represent the whole community.

Singaporean people are amiable, polite, welcoming, and gracious. They accept people from different nationalities, backgrounds, cultures, and religions. For instance, you’re visiting Singapore, and you’ve lost the route. Just ask someone, and many people would jump in to guide you. That’s the level of their generosity and hospitality.

People have started opening up museums and art galleries in Singapore. It’s a recent development in the country. Art and painting are a very luxurious and profitable business worldwide. On the other hand, Singapore has got a plethora of natural beauty, and you’ll find something different in every corner of any street. Hopefully, art would be a positive and profitable addition to the economy.

Most importantly, Singapore’s culture and social setup have got an open attitude towards the sexualities of her people. Her people openly describe their sexualities and celebrate LGTBQ. It’s because the country follows the simple rule of continually adapting and making improvements.

Ever since the independence of Singapore in 1965, the government compelled people to accept people from different backgrounds in the beginning. It became a part of life for later generations. Nowadays, Singaporean people live and work in a diverse environment by respecting and tolerating differences of opinions.

Diversity is the main reason behind the success, growth, and productivity of Singapore. According to an estimate, 89% of her people consider that workforce diversity promotes innovation and productivity.

Unaware of the Local Issues

In an interview with Singapore’s Trade minister, Chan Sung Sing said that the country should increase the trade with Southeast Asian countries. It was his response to the county’s internal issues. He wanted people to show interest in international business and the global market.

The prices in the Asian markets, especially China and India, are significantly lower pricy. Singapore’s plan of entering into these markets didn’t become successful. It has very badly impacted her economy.

The pandemic of covid-19 has put the local economy into recession. Many Singaporean people lost their jobs during the economic crisis; their purchasing power has fallen dramatically. The government should provide more subsidies to the businesses.

Exports to the US

The USA is the primary exporting market of Singapore. She extensively depends on her. The pandemic and lockdown have put a halt to all kinds of international shipments. It resulted in the form of her declining annual revenue and net income. The dropping buying power and the increasing unemployment rate in the US have created a severe economic recession, lasting for the upcoming few years.

The Singaporean government has been launching different public projects like effective gas distribution, networking technology, electricity through solar panels, water technology, and many other construction infrastructures. Such a project would generate employment opportunities and improve the quality of life of people.

The Singaporean government has launched mega projects like establishing an Airport terminal, buildings, and the expansion of sewerage. The country plans to achieve it in the next few years. The government has also allocated approximately more than 2 million dollars to build a smart city. She is again reviving the structure of the country’s oldest hospital.

The Singaporean government has created a favorable atmosphere for international businesses, and she is attracting foreign investors in fields like energy expansion, healthcare, aviation, and digital technology. Such a project would increase her exports and bring revenue to her economy.

Threats Singapore has to face

Cybersecurity and privacy hacking have become a significant concern of many people. According to an estimate, businesses and companies have increased the demand for cybersecurity by 110% from 2017 to 2018. It’s both an opportunity and threat at the same time to the people and businesses.

Singaporean security agencies and the Ministry of Home Affairs have been extra vigilant about the country’s security. They have captured more than 15 terrorists since 2015. The radical extremist organizations haven’t had any success in executing their terror attacks.

After an in-depth study of the swot analysis of Singapore, we’ve concluded that Singapore is indeed the world’s leading economy for having a tiny territory. Cybersecurity and terrorist threat are imminent dangers to the country. Singapore should utilize its resources for the safety of its people. 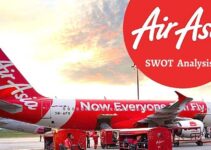 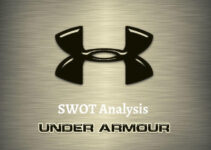 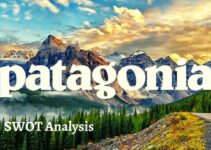