Nintendo falls under the category of Japan’s wealthiest and valuable company. It has won many awards over the years like the British Academy Games Awards, Game Developers Choice Awards, Game Awards, and Emmy Awards for Technology & Engineering. Approximately 6,200 people are working for the company.

The campaigners of President Joe Biden’s team created a virtual campaign Island in Nintendo’s game “Animal Crossing: New Horizon” during the election of 2020. It allowed gamers to visit the island and use customized designs to promote him. However, it attracted the attention of a lot of young gamers. Some even say that President Biden won the election because of it.

Just a Game, No Politics

“Please also refrain from bringing politics into the game”

It also pointed out that the game is for personal use only, and there are specific guidelines for businesses and organizations. However, the objective of the statement is to clarify to the users that the company isn’t taking any side politically.

According to an estimate by Statista, Nintendo’s annual sale was 12.12 billion dollars in 2020, and it has increased from 10.91 billion dollars since 2019. However, the gaming company’s net income after excluding all the expenses was 2.4 billion dollars.

While other businesses were going bankrupt and shut down due to the worldwide lockdown. The pandemic of covid-19 and social distancing rule have quarantined people to their houses and limited all types of outdoor activities.

However, Nintendo’s video games were the only refuge they could find to divert their attention from anxiety and depression. That’s why the company’s sales and net profitability increased during the pandemic year.

The way online smartphone gaming trend is increasing and with the success of Nintendo’s Animal Crossing, one would think that the company would exploit the opportunity of online gaming. In fact, the company is retracting its resources from mobile gaming. Some reports project that Nintendo has faced significant losses in mobile games development.

Nintendo is focusing on its current Console line and investing a plethora of resources in its development and growth. The plan of the company is to sell its game along with its hardware. The sale of console hardware would allow the company to lift its games up to the standard of Switch.

Nintendo never intentionally developed its console power to compete in the gaming market. Like Sony and Microsoft did with their product. In fact, the company develops its games for users to play on its consoles and they could easily buy them from the market.

However, Nintendo has been hiring developers in the creation of portable games for its consoles. It’s important to keep in mind that the Switch does not function as a high-power unit according to the standard of the console.

Nintendo has bad experiences with laws, regulations, copyrights, and infringements. Many game developers counterfeit console games and launched them on computers. The company has filed lawsuits against them over statutory damages and demanded that those websites should take it down.

The same is the case with the company’s music being copied. Many popular YouTube content creators have been copying the music of Nintendo’s soundtracks.

Nintendo has been facing a class-action lawsuit against the company over the defective product of joy-con. It said that a customer bought the Joy-con of console and it drifted from its original position. He sent it back, and the company repaired it for 40 dollars. It stopped working a few months later, and he returned it again back and forth to the company 3 times. The user also presented photographic evidence to the court that the fault was on the circuit that the company didn’t fix.

Many environmentalists question Nintendo’s sourcing of raw material and manufacturing processes. In fact, the company requires a lot of time to improve its methods and practices. However, the Greenpeace organizations claim that the company is the world’s lowest eco-friendly corporation in terms of recycling, climate change, and usage of toxic chemicals. It’s worth noting it here that the Greenpeace organizations give zero rankings when they couldn’t find the company’s environmental practices.

After a careful study of the pestle analysis of Nintendo, we have concluded that Nintendo is indeed the world’s leading video gaming company. The defective product, lawsuits, environmental issues, and lower market share in the mobile gaming industry are some of the main challenges. Nintendo should develop more quality games in order to avoid defective product lawsuits. 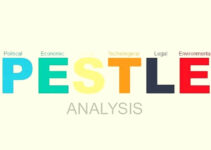