Conglomeration would compel you to expand your corporate reach into various types of businesses and industries. Umbrella Corporation allows you to manage the portfolio of various product lines. Some corporations buy other businesses and become conglomerates, and the others diversify their resources in order to expand their product variety. Today, we’ll discuss how to start a conglomerate with the step-by-step complete guideline.

How to Start a Conglomerate – Steps

Some of the main steps on how to start a conglomerate are as follows;

According to the Harvard Business Review, the reason conglomerations fail is that they struggle to manage different types of businesses in various industries. Before jumping into the ship of conglomeration, you should know how it would help your corporation.

If you are a manufacturer and also own a retail store, and it is selling products and work for you. You have got a company that follows the unique manufacturing methods and techniques, and you want to implement its magic in various other manufacturing industries. If your brand offers the first rated excellent customer service, then it’s such a skill set that you can implement it into other fields.

Relevant to Your Skill

One of the best ways to expand your corporate business and become a conglomeration is to build up in the same field that you’re already doing. For instance, Amazon launched its business as purely the online retailer of books, and then it started retailing all types of merchandise.

Nowadays, it has stepped out from its main category and offered services like cloud services, online payment services to various businesses and companies, and selling kindle for the study of ebooks. If you find a way to take your core business operations and diversify them into other areas, then you’re on the verge of conglomeration.

The other important way towards conglomeration is through the purchase of other businesses and companies. It could only be possible if your corporation has got resources. For instance, Meta (Facebook) purchased Instagram, Whatsapp, Oculus Rift Gaming, and various other platforms. Meta has to spend approximately 2 billion dollars on the purchase of Oculus Rift Gaming Company.

If your business or company isn’t multinational, then you have to prioritize your options in terms of what type of business or company you should purchase. For instance, Meta only purchases competitive social networking platforms. The best conglomeration strategy is to buy businesses relevant to your core niche business category. You don’t have to purchase random businesses just because you can afford them.

If you want to diversify and expand your business, the expansion plan would be struggling for the management team. For instance, if you purchase a well-growing business, and it runs into losses a year later. You should develop an exit strategy in order to deal with the situation. The subsidiary brands of various conglomerates aren’t performing well and the management decides to make their separate brands. It could be risky when the market starts growing, and wish that you should have stayed in the same line and kept your business diversified.

Some members of the management team may float the idea of investing in the stock. A corporation is a legal entity and it has the right to purchase as a separate entity. On the other hand, sole proprietorship and partnership aren’t separate entities from their owners, and they can’t invest their resources in the stock. A company can purchase the shares of the other company, and it would only be possible when the other corporation is selling the shares and stock.

Why Purchase Other Company

Corporations purchase the share of the other companies for various reasons, and they’re as follows;

When a company buys the major stock in the company, then it becomes the majority stakeholder. In such a case, it has the option either to become the holding company or the parent company.

Conclusion: How to Start a Conglomerate – Complete Guide

After an in-depth study of how to start a conglomerate; we have realized that a conglomeration requires a lot of things to consider before launching it. If you’re planning to launch it, you should follow and keep in mind the abovementioned steps. 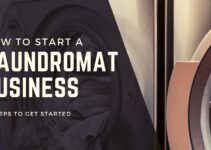 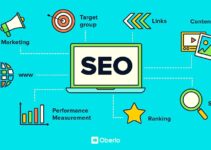 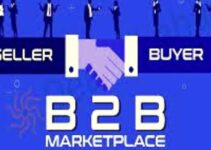