Leadership skill plays a significant role in your personal (managing the house) and professional life. It’s possible that you’re already playing a leadership role at a lower level and you find it difficult to deal with a team member. Some people have a naturally charismatic personality by birth, and others have to work on their communication and leadership skills.

However, it’s a learned skill. You can become an inspiring leader with the right mentorship and practice. Many people have studied leadership skills and became efficient leaders. Today, we’ll discuss leadership, its significance, and how to improve leadership skill.

Leadership is a process of leading people and taking actions or series of actions toward success. The meaning and definition of success would be different for everyone in the team because various people have different goals and objectives.

For instance, the leader wants to achieve the sales target on time. We can also say that it’s the leader that unites different people towards achieving the common goal or objective. Most importantly, the leader provides reassurance and direction to the team members. Some of the main qualities of efficient leaders are;

Making your business profitable, meeting goals and objectives timely, are keeping the team on track are no doubt important traits. They help an individual person to win the promotion and rank up into the higher level of the management position. However, leadership is such a skill that every job requires it regardless of the industry or the goals.

It doesn’t matter whatever task you’re performing like developing a new product, launching a marketing campaign, or guiding the team member, the leadership skill would stay the same.

How to improve leadership skill

It’s time to address the main question of how to improve leadership skill. Some of the main traits that you should learn, study, practice, and work on are as follows;

True leaders don’t find the motivation and inspiration outside in the external environment. They have the inspiration within themselves and visualization of the goals give them motivation and energy. It is such energy that no one could take away from you and leaders share it with their team members.

Good leaders think about their team and care for them. They make decisions that are good for all of them, instead of just for them.

If your team comprises of such negative minded that are spreading fear and confusion, then you should kick them out. If you don’t, then they would keep the morale of everyone and the remaining team member would question decisions and leadership.

As I said earlier leaders are a learned soft skill. If you have recently taken the leadership role, then you should take the short courses on leadership. They work on changing your perception, behavior, and attitude. The more you practice it, the more it would become sharp and polished.

Mentorship is also a great way of learning along with short courses. The mentor could be your manager, leader, or senior person that you look up to and you can ask him/her for mentorship. He would spend time and energy polishing your leadership skill.

You should recruit positive like-minded people into the team and remove all the negative people. They would improve the spirit and motivation level of the entire team. Therefore, you should open the door for them.

As a leader, you should find out the values of the team members, like what things people cat re about and show interest in. After that, you should develop a link between their values and your goals. The stronger the bridge is, the more it would attract the attention of people.

When you’re working on the long-term goal, then you should divide it into smaller targets. However, you should celebrate the completion of smaller targets and make the process fun. It would maintain the motivation level of team members up.

If your team members are doing good and achieving goals, then you should offer them rewards based on their performance. It would create a healthy competitive environment. It would increase the satisfaction level of members up when they receive incentives for their hard work.

You should divide the big goal into smaller tasks and distribute them among team members. It’s a way of sharing trust and encouraging them to use their approach to complete it.

As a leader, you should involve team members in various operations of the process. It would keep them occupied and amplify their practical experience.

You shouldn’t keep anything hidden from the team and always share the information. It means that you should information about the circumstances and factors that would impact the project.

When you’re leading the team over a period of time, then you should report a problem whenever it happens. However, things would happen while working together, if you’re open about it, then you could easily find the solution.

As a leader of the team, you shouldn’t point finger at them if something goes wrong. In fact, you should give them positive feedback and admiring remarks if they’re performing well.

When you meet your goals and win over difficult circumstances, then you’re out of mediocrity. That’s why successful leaders demand things to happen.

It is the leader’s job to ask his employees what they like and find it motivating, and what they don’t like and find discouraging. Once you’re aware of these factors, and then you should focus on the encouraging parts and avoid the negative points.

The leader should have the ability to recognize the right hardworking employees. After recognizing them, he then should focus on their professional growth and development.

Taking it to the End

Various training and time management courses teach leaders one thing that they should do one thing at a time. If they start some project, then they shouldn’t leave it in the middle, and they should make it to the end whatever the circumstances are.

Smart leaders know the value of unity of the team, and they take various steps to maintain it. Like having a meeting outside the office, team building activities, cultural acts, etc. All of these steps bring people closer together.

Every successful leader knows the significance of not giving up. If you’re going to quit, then it would also be a wise decision.

Conclusion: How to improve leadership skill 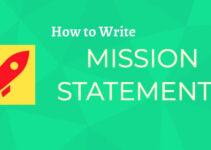 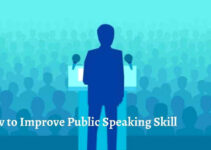 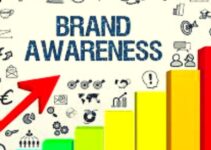