Advertisement and promotion are the key elements for the brand awareness and growth of your business. Social media platforms and tech companies track every movement of their customers and show them advertisements relevant to their interests. However, customers don’t make decisions; they manipulate their minds to do it for them. Today, we’ll discuss the disadvantages of advertising platforms.

Some of the key disadvantages of advertising platforms are as follows;

Without advertisement and marketing expenses, customers would have to pay the low retail prices of the products and services. That’s why many economic experts consider advertisement cost a waste because it doesn’t add any value to the lives of customers. Rather it only helps companies to generate demands for them.

Big ad campaigns are a great limitation to the free market and open competition. It allows multinational companies to amplify their monopolistic control over the market against the public interests. However, large marketing and promotional campaign focuses on the few products of the monopolist and overlook the products of the newcomers in the market.

Many small businesses and companies have got a limited capital budget and they can’t afford to allocate a separate budget for marketing and advertisement. Large advertising platforms cover the major portion of the market share. However, it is nearly impossible for them to compete against them, and they get kicked out of the market after a while.

Advertisements of high-priced luxury items attract the attention of customers and impact the buying decisions of customers of the upper class. Many other people from the lower class keep on working hard to amplify their earnings in order to buy the luxury product that they think is necessary. However, the advertising platforms promote unnecessary products and services and create a sense of inferiority among lower-class people.

Pros and Cons of Traditional Marketing

Advertising platforms create desire among people and impact their minds that they need those luxury things, which in reality are unnecessary for them that they can’t afford. Resultantly, they live a life in a state of unhappiness and unsatisfied desires and wishes that the media has created for them. However, some of those unnecessary wishes are an iPad, a Toyota Corolla vehicle, or buying the latest version of play station. You can buy any mode of transportation without specifying the luxury brand.

Many advertising platforms launch sensational and immoral programs for the promotion and marketing of their vehicles, cars, and other products. Such advertisement campaigns corrupt the young minds of children and youth and they don’t consider wrong as wrong. For instance, Victoria Secrete runs panicking campaigns with the titles of “last day” and “don’t miss out” and such a type of sensationalism is a great issue.

Many businesses and companies produce almost similar types of products and services, but their advertisement campaign focuses on highlighting minor differences, formula, and techniques. They create the perception of customers that their product is better than the other, which is not true in reality. Due to misleading and false information, it is difficult for customers to make the right decision that is right and suitable for them. 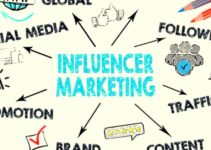 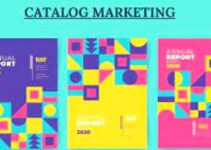 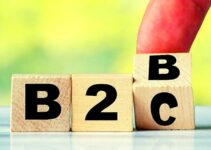