The “Men will be Men” advertisement campaign has tricked the mind of millions of people. It is possible that you must have purchased the music CD; oh wait, is the music CD or the whisky? Today, we’ll discuss what is surrogate marketing; its origin, legality, any options for companies, and examples.

As they say in English “All that glitters is not gold,” and that is what surrogates marketing is all about. It advertises products and services in veil and disguise. However, it is not easy to run the market and advertisement campaign, when you have to face a lot of restrictions both from the federal and state government. It is true for the promotion of tobacco products and alcoholic drinks.

What is Surrogate Marketing?

Bagpiper is a very famous Indian Whiskey brand; the company advertises Music, Water, and Soda for the promotion of alcoholic drinks. Here, the brand advertises its main products through surrogates products, under the disguise of Bagpiper Club Soda.

Officers Choice is another Indian company and it is one of the world’s leading spirit brands. The company employs playing cards as a surrogate product for the promotion of its main product. However, the company’s target audience would know what the ad is referring to it. Some of the famous taglines of companies for surrogates products are as follows;

McDowell’s says in its tagline “It is your life, make it larger”

Seagram Imperial Blue says in its tagline “Men will be men”

Perhaps you would have noticed that all of such brands employ soda, water, CDs, and music as surrogates product to promote the banned product. It is because soda and water as surrogate products complement alcoholic drinks and they don’t jeopardize the sale of banned products. Now, the question is why they use Play Cards and Music CDs. However, people would love to listen to music when they’re playing cards or drinking.

What is Surrogate Advertising?

The history and origin of surrogate marketing and advertising date back to Britain when housewives were protesting against liquor and alcoholic ads; because drunk husbands were causing domestic violence and other issues at home.

Since it was the issue of every household, the protest spread like a fire across the country. The government stepped into this matter and banned the advertisements of liquor and alcoholic drinks. However, those companies and brands started the promotion of juices and soda water under the same brand name to keep their brand name alive among target customers. It laid the foundation of surrogate marketing and advertising.

Many surveys, studies, and interviews showed that roundabout 42% to 50% of the people understand the surrogates ads that the company is promoting tobacco and liquor.

The legality of Surrogate Marketing

Let’s discuss the main question that you may have been wondering about whether surrogate marketing and advertising are morally and ethically legal or not. The answer can be “yes” or “no” depending upon how you perceive the issue. Yes, it is illegal because it helps businesses and companies to earn revenue and make a profit from the sale of banned products. It impacts the behavior of customers that makes them causes injuries to them.

No, it is not illegal because tobacco and alcoholic drinks companies are offering customers what they want. They aren’t bad if you smoke and drink within a limit. The legality of tobacco products and alcoholic drinks is a highly questionable and debatable subject. Both sides have got strong arguments to defend their views.

While discussing the legality and ethical concern of surrogate marketing; you have to keep in mind two main points;

Any Option for Companies

Alcoholic drinks and tobacco products manufacturing companies would find a way to promote their products. In fact, they have realized the level of sponsoring and organizing shows and events; they produce and promote content on digital media platforms. The interest and attention of the customer market have shifted from TV to online and social media platforms. Liquor companies are doing the same thing and promoting their products on digital media.

Foster is an Australian beer brand and the company focused on travelers through its ads campaign with the hashtag #damncold. The purpose of the ad campaign is to target customers and promote the brand name from a completely different perspective.

IPL (Indian Cricket Premier League) is the world’s leading cricket tournament that recruits cricketers from across the world. Kingfisher and United Spirits are the owner of the Royal Challengers Banglore team, and Kingfisher is a leading beer manufacturing brand.

After an in-depth study of what is surrogate marketing; its origin, legality concerns, options for companies, and examples; we have realized that surrogate advertising requires a lot of brainstorming to come up with the right content. If you’re planning to launch it for the banned products, then you should keep in mind the abovementioned legal and ethical concerns. 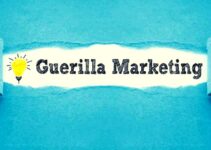 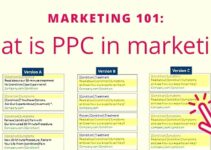 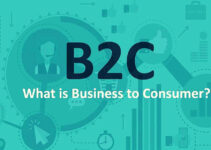