Billboard also goes by the name of hoarding in the UK. It is a big outdoor ad structure like the oversized poster for displaying ads and the promotion of brands and their products and services. Marketers usually place them in high-traffic areas like a highway or near shopping malls to attract the attention of a great number of people. Today, we’ll discuss what is billboard advertising; its types, how to use it; its advantages, and its cost.

What is Billboard Advertising?

Billboard advertising is the process of erecting large-scale digital or printed billboards or hoarding for the promotion of the campaign, brands, and product or service offerings. Billboarding is an efficient and effective marketing strategy to receive a great number of views and impressions in the long term.

However, it creates a powerful branding strategy through images of celebrities and influencers, huge text and font size, highlighting benefits of the product, and featuring other relevant information about the product like pricing. Time Square in New York City is a great example of billboards advertisements; it is the world’s most tourist attraction spot.

What is Display Advertising?

Some of the main types of billboards are as follows;

Mobile billboards are the ones that you see on moving vehicles, cars, and buses. The benefit of mobile billboards is that they would catch the attention of your target audience. It is because the vehicle would travel across the city or the specific location for the promotion of your brand.

Digital billboards display software and computer-generated images on the big screen billboards. You can show running images, videos, or moving text at different times of the day. The changing text would have a great impact on reaching a large number of the specific target audience. For instance, a hotel and restaurant company could promote a special lunch menu in the morning and; a dinner offer in the later afternoon.

Static billboards comprise large printed images stretched all over the billboards’ face area. The thing about static billboards is that you can’t change them within minutes. They would require a lot of time and effort to re-erect and fasten to the sides.

What is Augmented Reality Advertising?

How to Use Billboard Advertising

According to an estimate, we see roundabout 4K to 10K ads per day; we forget most of them. If you don’t want your ad to be forgotten, then you have to make it memorable by adding graphics and text in the most unique way. Some of the main steps on how to use billboard advertising are as follows;

Pedestrians and drivers usually read your billboard advertisements, and they don’t have a lot of time to understand your company’s message. In order to convey your billboard’s message effectively to your target audience, the length of your message shouldn’t be more than 6 words. It is better to use big fonts with contrasting colors so that people would read them from the distance.

The design of the billboard should be relevant and make use of the physical location of the environment. Neighborhood pride, comedy, and local context are great ways to integrate your brand into the local community in order to spread awareness. If you make use of the cars, skyscraper buildings, and trees of the environment; it would make the billboards ad message memorable and impressionable.

Visual graphics are a great way to attract the attention of people. You should employ attractive and catchy photos with few words relevant to the company and use the space in the most efficient way. Don’t forget to add the company logo, website address, and phone number to the billboards space. The minimum resolution of the image should be 300 pixels per inch.

You erect your billboards ads in the most unique and creative way with a powerful message and smart call-to-action, and it should make people into thinking. In order to make your billboard design memorable, you should employ unique emotional marketing strategies to spark the interest of your target customers.

The unique and creative design of the billboards would win the race. It is important to know the difference between causing a distraction to the audience and catching the attention of your target customers. You should select a great image and clean content for your billboards ads.

In short, we can say that the success and effectiveness of the billboards rely on two main elements; design and location. Before choosing the location of your billboards, you should conduct a thorough research about the demographic of your target customer market.

Some of the main advantages of billboard advertising are as follows;

The ROI (return on investment) of billboards ads is very high; especially when you compare it with other forms of advertisement mediums like print media or radio.

Billboards ads have the capability to appeal to all types of age groups customers at the same time like children, adults, and teenagers.

If done effectively, billboards ads would provide great exposure to your brand and spread brand awareness. The billboards ads are visible to the mass public all the time and everyone could see them from the distance. If the company has a catchy slogan, smart marketing message, and charming logo, then it would multiply the brand recall rate.

One of the main benefits of billboards ads is that it has the capability to influence the minds of customers immediately and make them do impulse purchase. If your ads connect with your target audience, they would visit your store and buy something from you.

The local audience that you don’t know how to approach any other way; billboards ads allow you to connect with them. The technology has allowed you to approach your target audience, but billboards still have got their significance.

If you hire expert marketers to design your billboards ads, it would make a significant impact on you. A good billboards ad would make customers stop and take some action.

Some of the main disadvantages of billboard advertising are as follows;

Businesses and companies are following the personalized and niche marketing approach. Billboards ads are general for the general mass audience; they are incapable of especially targeting the niche-focused target audience.

It doesn’t how big and colorful billboards ads are, they’re static and stationary in only one place. They would only work if the required location has got great traffic to it.

The impact and influence of billboards ads are very short and brief, and they attract the attention of the target audience only for a short time. Even though your ad is memorable, your audience would forget about the details.

Billboards ads format doesn’t allow you to include the detail in your message; the message of your ad has to be short. Their focus is on planting the seed, and not to increase the sale or the conversion rate.

The cost of billboards ads is very high especially if you compare it with digital ads or social media ads. After spending a lot of money on the ads; you don’t know for sure whether your billboards ads campaign would work or not.

Along with the billboards costs, some of the other costs that you should keep in mind are the material cost, installation cost, and design cost. The design of the billboard depends on the size and format; whether it is static or digital.

Conclusion: What is Billboard Advertising? Types, Pros & Cons, How to Use It

After an in-depth study of what is billboard advertising; its types, how to use it, its advantages, and disadvantages; we have realized that billboards ads are effective if done correctly. If you’re launching the billboards ads campaign; then you should keep in mind the abovementioned cost and pros and cons before making any decision. 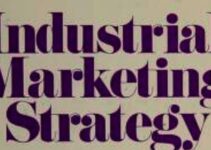 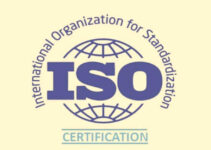