Offering feedback plays a significant role in the growth and development of employees. It helps them to learn about their strengths and weaknesses, and they plan and progress their career accordingly. Today, we’ll discuss what is 360 degree feedback; how it works, its features, process, advantages, and disadvantages.

What is 360 Degree Feedback?

360-degree feedback also goes by the name of multi-rater feedback. It’s the system where you collect feedback from different people that have a working relationship with the particular employee in question. However, the word 360 degrees implies that you collect feedback from subordinates’ reports, peers, customers, stakeholders, supervisors, and managers. The goal is to gather views and opinions from various sources about the particular individual.

Companies use it as a developmental tool because it offers information in terms of the working relationship of employees, behavior, and their capabilities. The top management in the organizational hierarchy is usually the target. However, when you gather information from various sources, it offers you a more realistic view of the employee’s performance.

360-degree feedback is the process of analyzing employees’ performance both from the internal and external sources in order to gain better insight for future growth. Employees do self-evaluation by answering the following questions;

Answering these questions would help them to self-analyze themselves, and then compare it with the external views of others. The external perspectives comprise reviews of customers, managers, peers, and other stakeholders. However, this feedback model offers a comprehensive performance review rather than the subjective evaluation of the manager alone.

That’s why employees have a changing relationship with their managers rather than their colleagues. Therefore, it’s significant to collect feedback from various sources.

Also Read: What is Performance Management?

When we talk about the 360-degree feedback process, then it has four main components, and they’re as follows;

Before launching the 360 feedback in your organization, you should inform employees about this model, how it works, and answer their concerns. It helps you to develop a culture of transparency through the decision-making process.

Start the Round Feedback

First of all, you should select a person that would provide the feedback to the company’s employees, and then inform them about the process. You should use the HR software while crafting the 360-degree feedback questioner. The questions should be specifically relevant to the company. It makes sure that the outcomes are pertinent to your business, forceful, and add practical value.

Either the external agency or any trained professional would craft the questioners. They should be relevant and satisfy the company’s needs and requirements.

You should recognize various sources and feedback providers and then evaluate their reviews accordingly. If you’re collecting it online, then it becomes much easier to analyze it. Digital media also offers you an opportunity to maintain the anonymity of senders.

You should deliver the result to the employees, set objectives, and plan the roadmap in order to reach those goals. You should review it on regular basis. While doing so, you should keep in mind the following questions;

Just like any other process or system, the company should check and monitor the effectiveness of the feedback process. The line managers would evaluate the process and offer recommendations for further development.

Also Read: What is Performance Appraisal?

Features & How to Offer 360 Degree Feedback

As we know that 360-degree feedback plays a significant role in the development of employees in the long term, then you should be careful about the following points;

Employees should remain anonymous while offering their reviews. If they think that their anonymity isn’t safe and they would have to face negative consequences, then they won’t share their honest views. They would omit the important facts while sharing their views.

If you’re reviewing the performance of a particular employee, then the feedback data collected should be relevant. For instance, you should assess the performance of an IT professional relevant to the field of his expertise rather than his deal with the customers.

The success of 360 Degree Feedback

The success of 360-degree feedback depends on two main factors, and they’re as follows;

First of all, everyone participating in it should have the right attitude. While providing feedback, they should in mind that the goal is not to point out mistakes and weaknesses of their colleagues, peers, seniors, or juniors. They should offer constructive feedback by accurately analyzing their strengths and weaknesses. How they can perform better by capitalizing on their strengths and avoiding weaknesses.

Secondly, it’s not a good strategy to follow either when you’ve just hired a new position, or the company is going through a difficult phase. It would offer you negative and compromised results under such circumstances.

Some of the main advantages are as follows;

Many people participate in the process, and every individual would accept the feedback because it’s the collected voice of many people. Some of the people would be highly critical.

Every evaluating person would see other employees from a different and unique perspective. The final picture of the review would be very comprehensive, and it would point out many elements for development.

The final review doesn’t rely on the views of one person and that’s why it’s more objective. Colleagues and customers know you better than the biased views of the supervisor because they spend more time with you.

Some of the main disadvantages are as follows;

Sharing your views anonymously is a double-edged sword. It allows people to share their honest feedback openly without any fear. At the same, some destructive-minded people would jeopardize someone’s reputation in the camouflage of anonymity.

The process of feedback has many layers in terms of collecting feedback from various sources, compiling, and evaluating. It’s a very time-consuming activity.

After an in-depth study of what is 360-degree feedback; its process, features, how it works, advantages, and disadvantages; we’ve realized that 360-degree feedback offers a very comprehensive review from various perspectives. If you want to implement it in your organization, then you should keep in mind its limitations. If your company could handle it, then go for it. 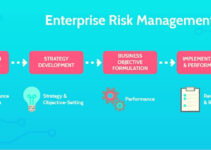 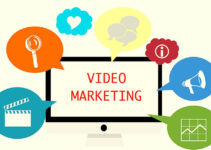 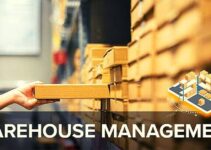