Swot analysis of Russia. Federation of Russia is the world’s largest transcontinental country stretches from Northern Asia to Eastern Europe. The total area of Russia is 6,612,073 square miles. It’s approximately one-eighth of the total land area of the earth. Moscow is the capital of Russia.

Petersburg is the 2nd largest city in Russia after Moscow. She is the world’s 9th most populous country with a total population of 146,810,000, and shares the border with 16 countries with 11 different time zones. She has an administrative division into 85 federal subjects.

According to an estimate, the annual GDP of Russia was 4.021 trillion dollars in 2020 and it’s the 6th highest in the world. Her per capita income was 27394 dollars and she ranked at 50th position.

Russia is rich in terms of natural resources like oil, gas, and mineral. It gives her a competitive edge in the world’s politics. She can make the whole world hostage by controlling the supplies of her resources. In other words, the world depends on Russia.

As we know that Russia is the largest producer of natural resources like oil, gas, and mineral. The market of these resources is highly volatile and many factors impact its price. For instance, her relationship with the West, America, and other countries, and impact the price in the stock market.

That’s why she has shifted her focus to the tech industry. Her people are also showing interest in the science and IT sectors. It has also created a lot of employment opportunities.

Russia has a long history of classical art and music. The literary drama, art, music, poetry, and prose of the Russian golden period could still evoke the same feelings. Even today, Russian people don’t miss out on any opportunity of partying and drinking. The enjoyment helps them to reduce real-life stress and hardships.

Russia has the world’s 2nd most powerful military with 4th largest military expenses. She’s the most powerful country after China and the USA. She’s powerful in all types of military forces like air force, navy, and nuclear weapons.

Whether it’s TV, media, channels, or social media, the Russian government controls and regulates everything. When we talk about the growth and development of the tech industry and the internet, then it won’t progress under the government watch and her regulations. The reason the internet has revolutionized everything, it’s because no one has control over it.

No Freedom of Speech

If Russian people have complaints about the system and the government authorities, then they can’t openly criticize the system. It would cost them their lives. She has very cautious about the views of her people. Public criticism would have negative consequences.

For instance, LGBT can’t openly express their identity. Those who did, it cost them their lives. If you’re a non-conformist, then she’s not the place for you.

Politicians have the most power and influence all over the country. Vladimir Putin, the Russian president, and Mikhail Mishustin, Prime Minister, are the two most powerful men in Russia. They’re resilient and not kind towards their people. They acquire wealth and they only share it with the upper-class people.

Her political system only benefits those who are in power. Their friends and relatives can enjoy her benefits. They have the authority to make decisions about media, channels, and social media. Her system is so corrupt that there’re no major opportunities for the majority of the ordinary.

Russian people are learning and showing great interest in the tech industry. Many high tech companies are working there. They don’t have the advanced hardware just like Google, Amazon, Facebook, Microsoft, Apple, Huawei, Samsung, and many other worlds’ top tech companies. Most importantly, their cost is out of the reach of the ordinary business investor.

She should invest her resources in the tech industry; it would open up many doors and bring a lot of new opportunities. Most importantly, it would change the landscape of the country.

As we know that art, music, and fun are the key elements of Russian culture. Now, she should exploit the positive aspect of her culture and promote the tourism industry. Many people would love the experience the joyful and lively experience of St Petersburg and Moscow. They would attract millions of tourists from across the world.

Threats Russia has to face

The pandemic of covid-19 has infected more than 3.57 million people in Russia. Out of which 2.97 people have recovered from it and more than 65632 people died. She’s also working on the development of vaccination against the virus.

The birth rate in Russia is very low and she’s facing a serious issue. It was lower than the US and almost equal to Japan in 2016. She hasn’t taken any steps to address this issue. The country would face serious workforce issues in the future.

As we know that Russia has the world’s 4th highest military spending and most powerful army. Her competitive countries like the USA and China are collectively way stronger than her. The worldly perception about her isn’t good and they see her as a threat. If they joined against her, it would create a lot of issues.

After an in-depth study of the swot analysis of Russia, we have realized that Russia is indeed the world’s most economically and militarily powerful country. She should focus on the development of the tech industry. It would help her to compete with the world’s most powerful economies. 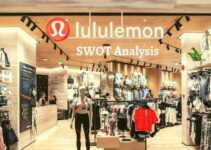 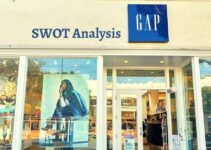