Pestle analysis of Russia. Russia (Federation of Russia) is a transcontinental and 1st largest country in the country. Approximately 6,612,073 million square miles is the total area of the country from Eastern Europe to Northern Asia. The capital of Russia is Moscow.

Russia has divided the whole country into 85 federal subjects for administrative purposes. Roundabout 146,810,000 people are living in Russia and make her the ninth most populated country in the world. The country shares the border with 16 different independent sovereign countries.

Russian or Rus started emerging in the 9th century. Many smaller kingdoms and states came to light in the later centuries. Moscow became the center and grand Dutch in the 15th century. She became the third largest empire in the world’s history in the 18th century. They followed the socialist system of government after the Russian revolution in 1917 and became the Soviet Union. The Soviet Union dissolved in 1991 and became Russian Federation.

After the dissolution of the Soviet Union in 1991, she became the Federation of Russia consisting of 85 federal subjects. She follows the semi-presidential system of government, where the Prime Minister is the head of the government and the President is the head of the state and republic.

Russia plays a significant role in global politics because of being big and powerful. She has bilateral relations with different countries of the world. Her relationship with China is the most important out of all. It’s because both of these countries are economically big and share a lot of common interests in various fields. The USA is her great competitor and more powerful than her.

According to a report by Human Right Watch, people have very limited freedom of speech and it’s not the traditional values of Russia. If she follows the US democratic presidential system, then things would be much different. The report tells the opposite story what Vladimir Putin said that the Russian people don’t want the US political system.

Russia has the world’s largest stock of nuclear weapons and 2nd largest military comprising of ground forces, navy, and air force. She’s also the world’s leading weapon manufacturers and trade with more than 70 countries across the world. The weapon trade makes a major contribution to her economy.

According to a financial estimate, Russia’s annual GDP (Gross Domestic Product) in 2020 was 4.021 trillion US dollars and its world’s sixth-highest. Out of which her per-capita earning was 27,394 US dollars and its world’s fiftieth highest. Her foreign and international reserve comprised of 594.4 billion dollars by the end of 2020. It gives her the advantage to handle the international crisis.

Russia relies on the production and trade of natural resources like oil and gas. She was producing 10.1 thousand barrels of oil every day. It’s dropped significantly from the 11 million barrels per day since 2019 due to the pandemic of covid-19. Approximately 59% of her total exports comprised of oil and gas.

Some of the other major exports of Russia are aluminum, fertilizers, woods, computers, machinery, costly metals, cereals, steel, and iron. Some of her major imports are agricultural products, food items, chemicals, transport equipment, and machinery. Her importing partners are China and Germany.

Russia is a member of the BRICS (Brazil, Russia, India, China, and South Africa) organization. It promotes foreign investment in the group members’ countries. It has helped her to develop infrastructure for doing business with one another.

As we know that Russia is the largest country in the world in terms of total area size. Her population is very low if you compare it with her size. The average life of men and women in Russia is 63 and 75 years respectively. Orthodox Christianity and Islam are two major religions in the country. Some of the other religious beliefs are atheists, Hindus, Jews, Pagans, Buddhists, etc.

The middle class is increasing in Russia. Her people are showing interest in the foreign luxury, food, and drinks brands. According to a recent study, British brands are becoming more popular among the Russian customer market. The economical price range of Chinese products has also greatly influenced her market.

According to an estimate, the Russian population has reduced by approximately 700 people per day. It’s because of the country’s lower birth rate, immigration rate, and food and health regulations. She would face serious issues in the workforce soon.

Approximately more than 70 billionaires are living in Russia. Roundabout more than 20 million are living below the poverty in Russia. It shows the great unequal wealth distribution in the country. It has increased during the pandemic months.

Russia has a rich history of philosophies, art, and music. She’s the land of joy, entertainment, and fun. The fun activities in St Petersburg and Moscow are similar to the activities in New York.

According to an estimate, the e-commerce industry in Russia has been growing in recent years. It has increased by 15.2 billion dollars in 1st half of 2020. It would continue to increase by 40% in the next 5 years with an annual growth rate of 10-15%.

The government officials or have close ties with them own most of the channels and media in Russia. It means the government controls the content being played on TV.

The chain of command and tough bureaucracy is the main hurdle in the tech development. But it hasn’t stopped people from trying it. Some tech-oriented people have established high tech parks and tech zones. The purpose of tech innovation is to improve the lives of people for the better.

As we know that the tech development requires the imports of hardware and software. The manufacturing cost is very high. The demand for data analytics and cloud computing is increasing, and they both are changing the country’s economy.

Russian labor law has set 8 hours of working day and 5 days a week just like many other European countries. She provides 28 working days of holidays annually to all the employees. She’s very strict about the overtime working hours. An employee has to make a written request for overtime and justify his intention.

Russia is home to the 23rd world’s heritage sites of UNESCO and they attract millions of tourists from all over the world. The museums, ancient cities, natural beauty, cultural heritage sites, and many other things promote her tourism industry.

Russia is facing serious environmental issues like nuclear waste, soil erosion, deforestation, air pollution, water pollution, landfill damages, and many other issues. According to a study by the High School of Economics, 94% of her people care about environmental challenges.

After an in-depth study of the pestle analysis of Russia, we’ve realized that Russia is indeed the world’s most influential country with a very powerful economy. The country should recognize the environmental issues a serious as serious threats. She should promote the tech industry because technology is the future of the world’s economy. 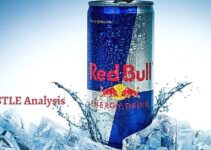