Swot analysis of Coca Cola. Coca-Cola is the world’s top carbonated soft drinks (non-alcoholic) manufacturing company. John Stith Pemberton laid the foundation of the company on May 08, 1886. Asa Griggs Candler, a businessman, bought the brand and led the company to its market dominance throughout the 20th century and up till now. The headquarter of the brand is in Atlanta, USA.

The company has kept the formula of coca-cola a trade secret throughout all this time. The brand has published many recreational and experimental recipes over the years. Coca leaves and Kola nuts are the two major ingredients of Coca-Cola.

According to an estimate conducted by macrotrends.com, the annual revenue of Coca-Cola is 33.471 billion US dollars by the end of 2020. The annual revenue had decreased by approximately 8.74%. Out of which the annual net income and profit of the brand in 2020 are 8.333 billion US dollars. The annual net profit of the company has declined by approximately 7.55%. It’s mostly due to the covid-19 pandemic.

According to Forbes, there are approximately more than 86200 employees are working for Coca Cola by the end of 2020. According to a study conducted by Business Insiders, approximately 94% of the total world’s population immediately recognizes the red and white logo of the company. People across the world consume roundabout over 10,000 Coca-Cola soft drinks every second of every day.

Redbull, Pepsi, Parle, Dr. Pepper Snapple, Nestle, Gatorade, and Mountain Dew are some of the main competitors of the company.

The estimated brand value of Coca-Cola is approximately more than 79.96 billion US dollars. The ranking and multi-million dollars of brand valuation show the reason that how the brand maintained its market position for decades.

According to a study that the American people are emotionally connected with Coca-Cola, it means that the brand has made them feel happy. It’s also the reason that the customers are loyal to the brand. It’s because of the unique taste of the company’s product that the customer couldn’t substitute it with other brands.

According to an estimate, Coca-Cola is serving approximately 9 billion worth of the company’s products to customers every day. The company has reached more than 200 countries across the world.

It’s not just only one product. The brand has offered roundabout more than 500 products to its customers across the world. The target market of every demographic and lifestyle is familiar with the taste of the cola brand.

Thousands of people consume the cola drink every second of every day across the world. The unique taste of Coca-Cola has attracted people of every class. It’s also one of the world’s most selling soft drink in history.

In 2016, Coca-Cola has bought the AdeS (Soy-based Drink Company in Latin America). This acquisition has helped the brand to expand its market share and influence in the newer market. It’s one of the brand’s most successful acquisitions.

It doesn’t matter wherever you are, visit any retail store and you can easily buy Coca-Cola across the world. Now, imagine the most efficient and advanced distribution network of the company that has been delivering its products worldwide. According to an estimate, the company has got approximately 250 worldwide bottling partners for efficient distribution.

When we talk about carbonated soft drinks, Pepsi and Coca-Cola are the two world’s largest drink manufacturing companies. Out of these two brands, Coca-Cola is dominating the market share. Maaza, Limca, Fanta, Diet Coke, Sprite, and Coke are some of the main products of the company and deriving the most revenue.

According to an estimate, Coca-Cola has spent approximately more than 4.1 billion US dollars on marketing and advertisement in 2019. It shows the company’s commitment to growth.

The brand is also highly active on social and it has millions of followers on different social media platforms. The company keeps launching different types of marketing campaigns to connect with its customers.

Carbonated soft drinks contain a high level of sugar in them. When we consume these drinks consistently, it results in the form of two major health issues; diabetes and obesity. As we know that Coca-Cola is one of the world’s soft drink manufacturers.

That’s why the company has attracted a lot of customers from health-conscious customers. The brand hasn’t launched any marketing campaign to address this issue.

Although Coca-Cola has a large product portfolio; but it isn’t diversified. It means that the company offers products in the same category of drinks and beverages. On the other, Pepsi offers foods and snacks along with soft drinks and beverages. That’s how the competitor brand has got a competitive edge over Coca-Cola.

Pepsi is one of the main competitors of Coca-Cola. Both of these soft drinks brands have got a fierce history among them. If Pepsi wasn’t on the way of the company, Coca-Cola would have been a market leader and dominated the soft drink industry.

One of the major raw materials in the production of carbonated drinks is water. Clean drinking water is a scarce commodity. Many critics have claimed that the company uses scarce material and earns billions of dollars every year and pays nothing in return. Many countries like India have criticized Coca-Cola for excessively utilizing scarce water.

Distribution of the brands drinks at different stores across the world. It has always been challenging for the company. The cost of fuels and other transportation expenses play a very important role in impacting profitability.

Therefore, the company must come up with a new and advanced supply chain system that would minimize the risk and cost factors.

Countries like the Middle East, Asia, and Africa where the climate stays warm and hot mostly throughout the year. The demand for cold drinks in such markets is high due to the weather and climate. Therefore, Coca-Cola should put more focus on those markets to increase its market share.

Coca-Cola should follow its competitive brand Pepsi of launching new and healthy food items and other products. It would help Coca-Cola to diversify its product portfolio and reduce the risk. Most importantly, it would attract the health and diet conscious market towards the brand.

Partnerships and merging have always been a very good developing and growing strategy. The company should partner up and merge with other food, snacks, and drink companies like Nestle and Starbucks. If coca-cola does so, it would increase the market share in the new markets.

Threats Coca-Cola has to face

Pepsi is the direct and most obvious competitor to Coca-Cola. But there are many other competitors in the soft and hot beverage industry that also pose an indirect threat to the company. Like Starbucks, Nescafe, Juices, Lipton, Tropicana, Costa-Coffee, and others. They all are present in the market and pose an indirect competition to Coca-Cola by reducing its demand.

Many environmentalist NGOs and Greenpeace organizations are criticizing the brand for not using recyclable packaging bottles. Even they’re forcing Coca-Cola to launch single-use organic plastic bottles that are environmentally friendly.

There’s one criticism of using clean water, a scarce natural resource, in a great quantity for profiting purposes. Many other critics claim that Coca-Cola uses pesticides and other dangerous chemicals to clean the water. The same chemically treated water the company uses in the manufacturing of soft drinks. Such claims are negatively impacting the company.

Coca-Cola is a multinational global brand and the company is operating its business across the world. Apart from the regulations from the US government, Coca-Cola has to face tax regulations, international trade laws, and fines of non-compliance, labor laws, and other laws of different countries. All of these policies and regulations increase the cost of the company.

After an in-depth study of the swot analysis of Coca Cola, we have realized that Coca-Cola is indeed the world’s top soft drink manufacturing company. The company has dominated the market share for decades. But the healthy product criticism and the wave of a healthy diet is real and serious, the company should focus on that to address this issue. 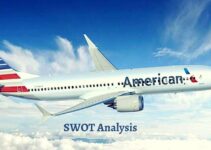