SWOT Analysis of Walmart. Walmart is a US retail multination company. Sam Walton laid the foundation of the company in July 1962 with a single discount store. Its headquarter is in Bentonville, Arkansas. The brand has approximately more than 11496 chains of grocery stores, hypermarkets, and department discount stores across the world by the end of 2020.

According to an estimate, Walmart is operating its business in 27 countries under 56 different brand names. The business description of the company is as follows;

“Walmart Inc. helps people around the world save money and live better-anytime and anywhere-in retail stores and through e-commerce.”

Today we’ll discuss swot analysis of Walmart that how various internal and external factors impact the growths and productivity of the company. How the brand should capitalize on its opportunities by focusing on its strengths and avoiding weaknesses. We’ll all of these factors in details one by one;

Millions of consumers visit different location points of Walmart every day. According to an estimate, the online store of the company offers approximately more than 60 million products and services. It makes Walmart a highly recognized brand worldwide.

According to a study, Walmart is running business operations in more than 27 different countries worldwide. The company launched 4 new stores in China, 11 in the UK, 15 in Chile, and 47 in Central America by the end of 2017. The brand is planning to open up a new store in different to increase the company’s growth and sales.

As we know that Walmart is a large multinational brand and the company gets its products manufactured its products in thousands. Economies of scale provide a uniquely competitive and costing edge to the company. As a result, Walmart offers the lowest prices to customers at its stores.

Walmart is a family-owned brand. Sam Walton’s family and heirs hold approximately 50% stock of the company. According to the ranking conducted by Fortune Global 500 in 2019, Walmart is the world’s top brand in terms of the annual revenue of 514.405 billion US dollars.

The logistic and supply chain system is one of the strong suits of Walmart. It’s because the company uses technology to evaluate the performance of its products at different location points worldwide.

Skilled professionals are very important assets for any company. Walmart is aware of this fact, that’s why the company spends a plethora of resources on its employees through training and development. According to a report conducted by Business Insider, 1% of the US population is working in Walmart.

Just imagine the size of Walmart, roundabout 12000 stores worldwide, 2.2 million employees, millions of products and service, and there’s a sheer distance among stores. But the management is effectively managing and running various operations like supply chain, distribution, employees, knowledge, and information.

Unlike Amazon, Walmart has power on the ground and competitors can’t copy that easily. That’s why suppliers and distributors can’t exploit and make unusual brands for the company.

Effective Use of Technology

Walmart is using very advanced technology and software whether it’s tracking of orders, engaging with customers, supply chain and distribution system, inventor, and decision-making process of the management. It always keeps the shelves of Walmart full and ready to be sold.

The reason millions of people visit Walmart every day is because of the certainty that everything would be available there at a reasonable price. The company offers a variety of products and services of different brands and labels under its roof.

Walmart has faced many lawsuits and criticism over the years because of poor working conditions at the workplace, low wages, and poor healthcare systems of the company. Such issues have not only brought public hailing and criticism but also a bad reputation to the company.

The main focus of Walmart has always been on providing a cheap product to the customers. When you minimize all the expenses, a very little profit margin is left for the company.

Some of the females failed a lawsuit against Walmart back in 2007. They claimed that the company discriminates against women at the workplace whether its job opportunities pay scale or promotion.

The business model of Walmart is very simple in bringing all the products under one roof. Economies of scale would lower the prices. If you’re a rich person, then you launch the same retail store brand very easily. Some of the competitors are doing the same thing, and Walmart doesn’t have differentiating factors over them.

The turnover rate of employees at Walmart is very high. It’s because of many reasons like poor working conditions, low morale and motivation level among workers, and less interest in management for the welfare of their employees.

If you go out shopping at Walmart, then you won’t feel anything different. The brand doesn’t offer a unique and pleasurable experience to its customers.

There are reports that some of the products offered at Walmart have poor quality. It’s very bad for the reputation of the company.

Check out this article: SWOT Analysis of Retail Walmart

Although Walmart is running its retail stores worldwide, there are markets in developing countries like the Middle East, Latin America, and China. If the company expands into those markets, they have huge potential for growth.

There are many profitable startups, small companies, and big corporations out there. If Walmart manages to create strategic alliances and partnerships with them, it would help the brand to increase sales and revenue ultimately.

If Walmart adopts new and advanced HR practices, it would help the company to increase the productivity of its employees. It is because the brand depends on the functionality of its workers. If their performance gets better, it’ll benefit the company in the long term.

There’s a general perception among the public that low cost means poor quality. Now the company has an opportunity to set high standards for the quality of its products. New quality products would definite attracts a lot of new customers, increase sale, and more profit to the company.

New researches in food and nutrition have created a trend of organic and healthier food and lifestyle. If Walmart offers organic and less sugary products at its stores, it would attract the diet-conscious demographic in the population.

Walmart has allowed McDonald’s to open small outlets at its big malls. If the company opens up coffee and tea café at its stores when it starts working the company should include other services like banking, spa, and beauty services.

Threats Walmart has to face

A third party seller on Walmart sold t-shirts labeled at “Impeach 45.” Critics have said that the purpose of those shirts is to invoke violence. It’s not up to the brands like Walmart to interfere in such sensitive political issues. It’s because both types of customers (democrats and republicans) visit the retail stores of the company. As a result, many customers stopped visiting the store.

In 2017, Walmart some of the beers made by WX Brands but the label said Trouble Brewery. Later it turned out that the company Trouble Brewery didn’t exist and Walmart had to face a lawsuit because of it.

Walmart is the world’s largest retail store company. But its competitors are also and they’re unique in their characteristics. For instance, Costco provides the service of buying products in bulk quantity at a discounted price. Target has a reputation for selling quality products to its customers.

Local political and legal conflicts with the governments of different countries create a lot of problems for big corporations like Walmart.

Ecommerce and online retailing have made it much easier for young entrepreneurs to launch their business. They are small today, but they’ll be big tomorrow by grabbing the right opportunities. They’ll be a great threat to Walmart.

After an in-depth swot analysis of Walmart, we have realized that Walmart has a very strong market position in terms of profit and growth. If the company address legal and political issues, poor working conditions, tech issues, slow speed, and better marketing strategies. The growth and performance of the company would multiply. 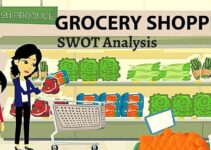 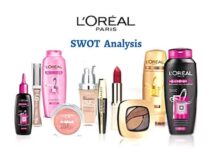