Swot analysis of Germany. The Federal Republic of Germany is a western and central European country. She shares the border with Netherland, Denmark, Belgium, Poland, Luxembourg, Czech Republic, France, Switzerland, and Austria. She has an area of 137,847 square miles. The capital of Germany is Berlin.

She became the semi-presidential Weimar Republic after the German revolution of 1918-1919. The Nazi party came into power in 1933 and started WWII and it led to the partition of East & West Germany. The reunion finally happened on Oct 03, 1990, and she became the Federal Republic of Germany.

Germany has established a strong reputation as being a tech industrial country. Her German-made products are very popular among people all over the world. People perceive German products as of high quality. She has got a well-respected position among other European countries.

Some of the world’s most recognized multinational brands in various categories are from Germany. Like Adidas, Puma, BMW, Mercedes-Benz, Porsche, Audi, Volkswagen, DHL, and many others. They have a reputation of high quality and they add billions of dollars of revenue into their economy annually.

Germany has the world’s highly technical and detail oriented workforce. That’s how the company has established a reputation of tech industrial country. The skilled workforce helps her to expand her business and economy. She has the top programmers, mathematicians, engineers, and researchers who are at the height of the skill, and their developments are far superior quality.

The high tech industry and proficient skilled professional is the product of Germany’s sophisticated infrastructure. Her transport infrastructure of trains, busses, and airports has made her cities the international hub like Munich, Frankfurt, and Berlin. She provides high-speed internet access, uninterrupted electricity, and advanced cell towers across the country. Her schooling/education and healthcare system are also of high quality.

Germany has a stable political environment with a very low corruption level if you compare it with other European countries. Being a leading member of the EU provides her access to the international trade policies and also the skilled EU labor.

Angela Markel, the German Chancellor, is a very diplomatic leader and she follows the democratic decision-making approach. She has established very good trade relationships with different countries of the world.

Germany has a very low unemployment rate of 3.03% in 2020 even during the pandemic year. It’s much lower than the other European countries. It’s because of the high demand products of the metal, chemical, and automotive industry that’s keeping her economy and workforce occupied.

It’s no doubt Germany has the world’s most skilled professionals. But it’s very expensive. Even the unskilled workforce is also very costly to hire and get the work done. The minimum monthly earning comprised of 1500 Euros. It’s much higher than other EU-developed countries like France, Netherland, and Germany.

Big multinational corporations could afford the costly workforce. But it creates problems for the small business. The shutdown of small businesses would increase unemployment.

The world is shifting its focus toward renewable and sustainable energy sources. Germany is among the pioneers of green energy producers. She plans to decrease the carbon emission rate and increase the usage of renewable energy up to 60% by the end of 2050.

She should launch the mass-scale production of renewable energy source products like solar panels, windmills/turbines, and others.

After the Brexit deal, the UK is out of the EU. Now, there’s a great opportunity for Germany to fill the gap and takes her position, and becomes the new leader of Europe. The UK was the central point of the EU. Belgium, Germany, and France are the leading members of the EU. She should capture this opportunity and increase her share in the EU market.

Threats Germany has to face

The pandemic of covid-19 has locked and shut down many businesses across the world. The purchasing power of people has decreased due to the increasing unemployment rate. Economists are predicting that the world’s economy would be in a global recession for the next few years.

When German’s exports would go down, it would decrease the productivity of her companies and increase the unemployment rate.

The Brexit deal presents a great opportunity for Germany to be the next leader of the EU. It also poses a great threat that other European countries would start following the footsteps of the UK. If it happens, it would be a great loss for the country and the EU as well.

After an in-depth study of the swot analysis of Germany, we’ve concluded that Germany is indeed the world’s most sophisticated tech industrial country. But the post-pandemic world and the expensive labor are serious threats to the country. Germany should utilize its economic power to launch new tech and renewable energy mass scale projects to exploit the opportunity. 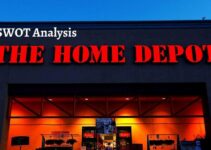 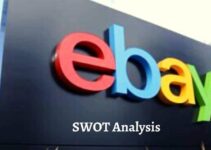